The Quad has a Cold War mentality. America wants to create such ‘blocks’ which are against the principles of democracy. 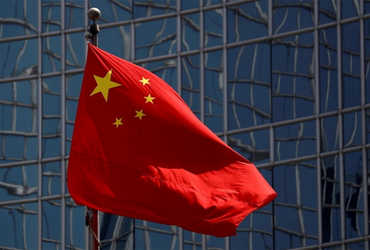 China seeks peace, development and cooperation to build an Asia-Pacific security system that is not against any third country

BEIJING: China launched a scathing attack on the Quadrilateral Security Dialogue (Quad) Foreign Ministers’ Conference starting today, slamming all countries including India, saying that the system has a Cold War-era mindset and has been deceived in the region. has been. , Strongly criticizing the Quad, the Chinese Foreign Ministry described it as a faction, and said it wanted to submit to the conflict. On the other hand, China is committed to peace and development.

Earlier, China had targeted other countries, terming the Quad as a conspiracy of the Cold War.

ta. Indian External Affairs Minister S.K. Jaishankar, along with foreign ministers from the United States, Japan and Australia, is due to prepare a meeting of the Heads of Government of the Quad countries later this year.

Prime Minister of India Narendra Modi will be present at the Quad meeting of Heads of Government to be held in Tokyo in September this year.

Both meetings are expected to focus on other issues, such as the covid pandemic and changing weather, and economic and political relations between the Quad countries and the impact of rising crude prices on the global economy. So the focus will be on China’s regionalism. and the challenges that lie ahead. Ukraine-crisis will also be discussed.