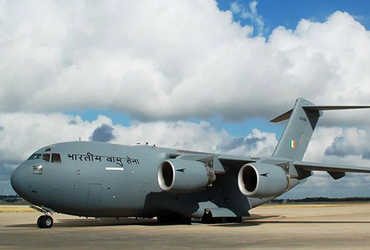 The Indian government is taking action to evacuate Indians trapped in Afghanistan and continues to bring people back. Another C-17 aircraft of the Indian Air Force coming from Afghanistan to Kabul can land at Hindon airbase in Ghaziabad today.

290 people will be brought home by C-17 aircraft

This time 290 people stranded in Afghanistan can be brought to India by C-17 aircraft. Among the 290 people, 220 are Indians and 70 are Afghan nationals. According to sources, some Sikhs are also involved in this. He is a Sikh from Afghanistan who appealed to the Indian government to expel him from there.

According to sources, this time some Afghan MPs can also come to India in Operation Airlift Two. It is not yet known what he will do after leaving office.

Ministry of External Affairs in action to bring back Indians

An estimated 400 to 500 Indians are stranded

The Afghan cell has been operational since August 16 and accepting visa applications online. All Indian staff have returned from the Indian Embassy in Kabul and the embassy currently employs 35-40 local people. Although the total number of Indians in Afghanistan is not a single figure, it is estimated to be 400 to 500 Indians. Air Force operation is on for all Indians arriving at the airport.

India is in touch with all friendly countries

All Indians stranded in Afghanistan are being contacted and those stranded in remote areas are facing problems. Flights are also being planned from Afghanistan’s neighbors and India is in constant touch with all allies to make the operation a success.