The people “have the right to express their needs and their hopes”, say the bishops of Cuba 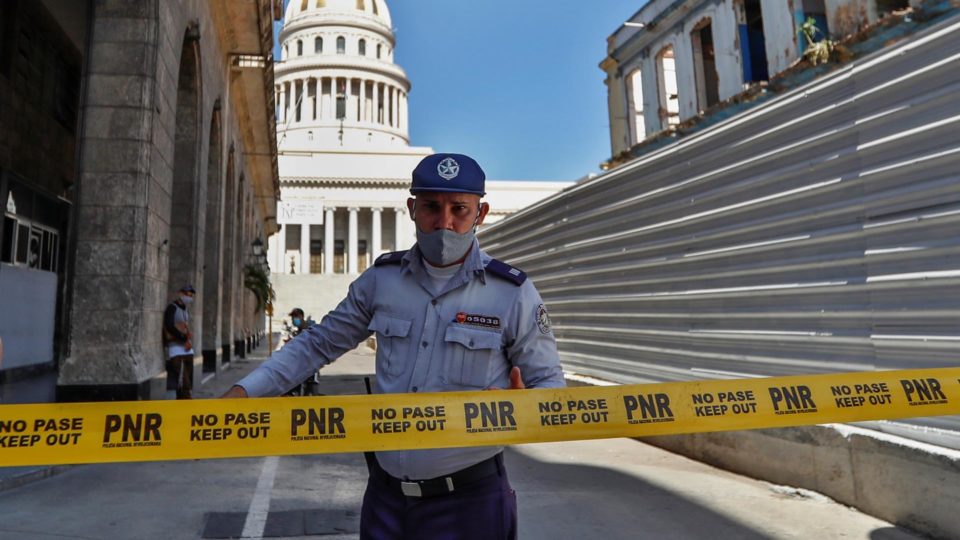 Police are preventing access to the area around Capitol Hill as a measure after protests against the Cuban dictatorship in recent days in Havana, Cuba, July 13 | Photo: EFE / Yander Zamora / Gazeta do Povo

The Catholic Episcopal Conference of Cuba has expressed its concern at the huge protests of Cubans who have taken to the streets since Sunday to express “their discomfort at the deterioration of the economic and social situation that our people are experiencing and which has considerably worsened. “.

“We cannot close our eyes or look away, as if nothing has happened, given the events that our people went through yesterday, Sunday, and which in some places continue to occur,” said the bishops in a press release published on Monday (12). . of the Cuban Catholic Church.

In their statement, the clerics said that the government “has responsibilities and has tried to take measures to alleviate the aforementioned difficulties, but we also understand that people have the right to express their needs, wants and hopes and to express publicly how some of the measures were taken “.

The Conference of Catholic Bishops has also expressed concern that the answer to these complaints “is the immobility which contributes to the persistence of problems without solving them”.

“Not only do we see that the situations are getting worse, but we are also heading towards a rigidity and a hardening of positions which can generate negative responses, with unforeseeable consequences which would hurt us all,” denounces the note.

The bishops argue that “a favorable solution will not be reached by impositions or calls for confrontation, but when there is mutual listening, the search for common agreements and when concrete and tangible measures are taken that contribute , with the support of all Cubans without exclusion, for the construction of the Fatherland ‘with all and for the good of all’. “

The statement also warns that “violence breeds violence” and that “today’s aggressiveness opens wounds and breeds grudges for tomorrow which will cost a lot of work to overcome.” The bishops call on the Cubans “not to encourage the crisis situation”, but to use “a serenity of mind and good will”, in addition to exercising “listening, understanding and an attitude of tolerance. To seek together the way for a just and adequate solution.

After massive protests against the Cuban regime on Sunday, the Castro dictatorship shut down the internet on Monday and increased the police presence on the island. Cubans still do not have access to the internet on Tuesday.

According to Cubalex’s legal aid service, between Sunday and Tuesday, 148 people were arrested or disappeared in Cuba, 12 of whom have already been released.