The new Chinese missiles and an old tactic in public opinion 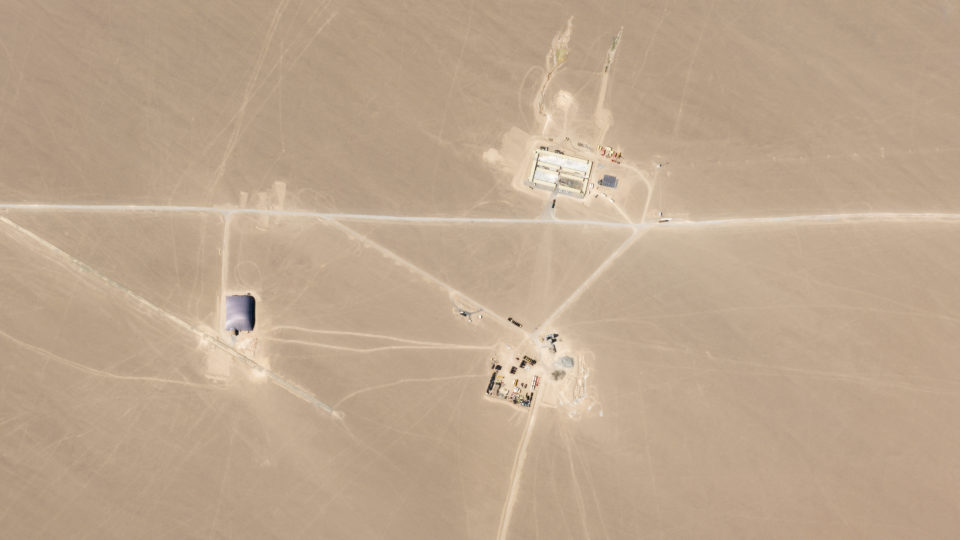 In recent weeks, news has intensified about a possible expansion of China’s nuclear arsenal, including the construction of new silos for intercontinental ballistic missiles. Both accounts are plausible, no doubt, but it’s a curious moment when they surface in public opinion, especially in the United States and Western Europe.

Such information may perhaps have other purposes than just reporting events, and may be intentionally a means of influencing the public debate on the purchase of weapons. A tactic that is far from new.

The evidence for these reports comes mainly from two research centers. One is the Federation of American Scientists in Washington, FAS, and the other is the James Martin Center for Non-Proliferation Studies in California. Both are civil society think tanks, with no direct or explicit connection to the US government. The first was even founded by scientists from the Manhattan Project, which developed the first nuclear bombs, driven by the desire for greater transparency on nuclear activities.

The Chinese government is said to be building silos for 110 missiles in the Xinjiang desert in the far west of the country, near the border with Kazakhstan. The region, including the Uyghur minority, which is at the center of a war of accusations between the United States and Europe on the one hand, and China on the other.

The same FAS asserts that the new constructions would be “the most important extension of the Chinese nuclear arsenal to date”. As soon as the studies were published in the mainstream US media, the official US Strategic Command Twitter profile posted: “This is the second time in two months that the public has discovered what we are saying all the time about the growing threat. than the face of the world and the veil of secrecy that surrounds it. “Strategic Command is one of eleven US defense commands responsible, among other things, for precisely the policy of nuclear deterrence. Earlier this year, its commander predicted that China’s nuclear arsenal is expected to double over the next decade.

These are some of the recent facts, now analyzing what they mean. Is China increasing its nuclear arsenal? Perhaps. It would be fairer to say that the country is expanding its nuclear options. Building new silos doesn’t necessarily mean new missiles. The United States and the former USSR during the Cold War built many more silos than needed as a deterrent. If a country has ten missiles and ten silos, the enemy knows how to attack preemptively. Now, if a country has ten missiles and a hundred silos distributed, how can we risk it?

In any case, the Chinese nuclear arsenal is tiny compared to the American and Russian arsenals. That’s not to say that Washington shouldn’t preserve its interests and carefully monitor the growth of Chinese power, but it is imperative to put things in perspective.

The “growing threat to the world” is speculated on some 350 nuclear warheads, developed during 45 Chinese nuclear tests. The British have carried out the same number of tests and claim to have 225 warheads. France has an arsenal of 290 warheads and has carried out 210 tests in its history. Three arsenals with similar numbers.

India and Pakistan each have about 150 nuclear warheads, North Korea has less than fifty, and Israel has between fifty and one hundred warheads. In other words, these six nuclear powers combined have a maximum of 1,300 nuclear warheads. These are obviously estimates, because it is not the most transparent subject in the world. And this number is lower than the 1,700 active nuclear warheads of the United States, whose total arsenal is 5,550. Russia, heir to the Soviet arsenal, has more than 6,000 total warheads, of which 1,600 are active. In the case of these two countries, due to mutual inspection between them, the stock figures are more accurate.

In the continental United States, there are about five hundred silos for intercontinental ballistic missiles, and the Russian number could be double, given the territorial extension.

In other words, 90% of the world’s nuclear arsenal is in the hands of two powers and at least five countries have arsenals that guarantee, with the remains, the complete annihilation of their enemy and, with it, the capacity for life. on earth. for a few decades. This ignores assumptions that only a nuclear bomb could destroy this existence, such as an explosion powerful enough to ignite the atmosphere or a cobalt-coated bomb that contaminates the entire surface.

More important than large arsenals, the United States, Russia, and China have a nuclear triad, the ability to use nuclear weapons through three methods: intercontinental ballistic missiles, strategic bombers, and sub-launched ballistic missiles. -marines. Land, air and sea. This guarantees the ability to counterattack even in the event of an enemy nuclear attack.

If these three powers have a nuclear deterrent capacity and the Chinese arsenal is a fraction of the other two arsenals, what could explain this inflammation of the American public debate on strategic weapons? Couldn’t the country’s economy have other priorities? The position of the United States as the greatest military power in the world is more than assured.

An old tactic in international disputes is to escalate, overestimate a threat, to convince your audience that they need to pay more attention to arms issues. At the end of July, representatives of the American and Russian governments met in Geneva.

The aim is to lay the groundwork for a new nuclear arms control agreement between the two powers, “to create a basis for future arms control and risk reduction measures”, and the second meeting is scheduled for September. It’s no secret since Trump that the US government wants China to be at the table and be part of strategic arms control deals.

The Chinese government is obviously distancing itself, saying its 350 warheads don’t need to be in the same market as the thousands of warheads of two former Cold War rivals. Building a base in public opinion that China is an ever-growing and more dangerous nuclear threat is a way to gain popular support for all actions and pressures against the Chinese, with the aim of bringing China to the table. It is also a way of soliciting taxpayer support for new, more expensive armaments projects. “We have to spend billions of dollars on weapons or China will overtake us.” When, again, she is far from it.

“This is the column conspiracy theory,” a more skeptical reader might say. Another, more humorous, might say that it is the plot of the satirical film Top Gang, starring Charlie Sheen, in which an unscrupulous businessman wants to sabotage US Navy planes to make sure that the government buy its expensive new fighter plane. . It is neither one nor the other, given word.

Even with documented cases. A relatively recent incident occurred in 2002 and 2004. On two occasions, the US Air Force was defeated by the Indian Air Force in joint exercises, called Cope India. News abounded on the “blows” that the Indians imposed, using planes of Russian origin.

The negative repercussions were such that the US Congress demanded an explanation. How was the biggest war machine on the planet defeated in a military exercise, supposedly by rout?

At the same time, the billionaire projects of the two new American fighter planes, the current F-22 and F-35, threatened with interruption and funding cuts, have gained in survival, almost by “miracle”. After all, new weapons would be needed to prevent such “routs” in the future. In 2006, the F-22 project won even more funding, and the two planes saved themselves from sharing the fate of the Comanche helicopter project. After wasting seven billion dollars, the project was canceled in 2004.

Valuing the Chinese threat is also a way to obtain favorable budgets for the US military. But as long as China’s nuclear power grows, it is far from a threat to the United States. It is a fact.

Every day, hundreds of highly trained analysts work for the world’s major armed forces, deciphering new information, diagnosing situations and proposing possible courses of action. And public opinion is an important part of those calculations, along with the need to convey the message of who are friends and foes, including the appreciation of this threat.

Widespread disclosure of China’s new missile silos is just one part of that old tactic and doesn’t even mean we’re on the brink of nuclear conflict.