The long arms of dictatorships 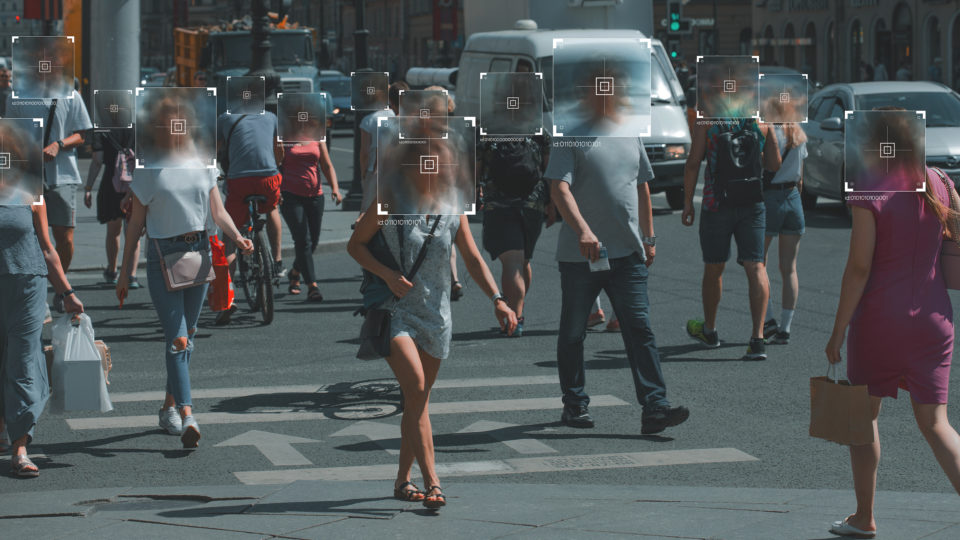 US Department of Justice revealed Iranian spies plotted in conspiracy to lure Iranian-American journalist to Venezuela, then kidnap and hold her to account for her crimes under Ayatollah laws . The “crime” of Masih Alinejad, 44, is to denounce the long list of human rights violations by the Iranian government, especially those concerning women – the biggest victims of this theocracy. The plan was discovered, exposed, and the FBI identified agents operating inside and outside the United States to implement the regime’s authoritarian plans thousands of miles from Tehran, specifically in New York, where Masih lives and is so inconvenient.

In Brazil, no less than twenty states are already using or are setting up cameras capable of performing facial recognition. A technological marvel that promises to revolutionize public safety. One of the system’s biggest devotees is PT Governor Rui Costa of Bahia. In 2019, he traveled to China to thank him for his ingenuity and announce his results. By this time, more than 100 criminals had already been captured using equipment manufactured by the controversial Huawei.

Suspicions of espionage and breach of privacy hang over Huawei – and not just him. In addition to her, Chinese Hikvision and Dahua, who are accused of providing the technology for the Chinese Communist Party to persecute ethnic minorities such as Uyghurs, are also suspected.

What do Chinese systems have to do with the Masih Alinejad affair?

Here is an exercise. Imagine a Chinese opponent wanted by Beijing who has just landed at São Paulo international airport and, while carrying out his immigration procedures, is captured, stolen and transmitted his biometric data to his tormentors in Beijing? Or a freelance journalist who makes the Chinese very angry, who chooses to live in São Paulo or Salvador and uses the metro to get around, being identified by the regime led by Xi Jinping?

While it is true that some Chinese companies, whose private printing is a facade to hide the strategic interests of the regime, allowing them to act in countries like Brazil amounts to amplifying the power of their eyes and their arms, giving them the chance to reach anyone everywhere.

It may sound absurd. Even dystopian. But unfortunately this is not the case. Such data would not only reveal the presence of the human rights activist in Brazil, but would also allow him to be tracked and even kidnapped in Brazil. If Iran, which is Iran with less resources and capabilities, dared to try to capture a disturbing journalist from the United States, what about China who found out that in Brazil they can do anything?

Facial recognition systems showed their strength during anti-China protests in Hong Kong in 2019. Spotted protesters were arrested in their homes hours or days after the protests. No one was safe and the regime meant “I know and I will always know who you are and what you have done”. This is why these companies have been targeted by US sanctions.

Dictatorships have no limits, even they don’t even respect rules and borders to try to impose their will.

Brazil is completely indifferent to the simple fact that any mature discussion on the subject is aborted by those who take out of the hat the three basic arguments that hinder the discussion: “this is a trade dispute”, “China is the main partner” and “that’s the conspiracy theory”.

And so Brazil goes, bovine, giving space for the long arms of the Chinese dictatorship to reach whoever they want in Brazil.

Not so long ago, the PT governments of Luiz Inácio Lula da Silva and Dilma Rousseff taught lessons about how their governments voluntarily increased the reach of these friendly dictatorships. In 2007, Lula ordered the arrest and deportation (without any legal basis) of Cuban boxers Guillermo Rigondeaux and Erislandy. The two, who traveled to Brazil to compete in the Pan American Games, left the Cuban delegation and planned to leave Brazil. All it took was a request from Fidel Castro for the Brazilian authorities to act as if they were an annex to those in Havana.

Dilma went above and beyond. When she created the Mais Médicos program, with the aim of sending billions of reais to Cuba, she subjected more than 15,000 Cuban doctors to an unusual situation. They lived in Brazil but were subject to Cuban rules. Salaries were confiscated for more than 75% of the total, and anyone who even suspected that they might drop out of the program, seek asylum, or flee to the United States or elsewhere were immediately disconnected from the program and returned to Cuba. The testimonies of the victims are not lacking to confirm the abuses.

Speaking of Cuba, the island is experiencing an insurgency. The people, tired of misery and oppression, decided to stop. He has taken to the streets to face rubber bullets and live ammunition to expose the continent’s oldest dictatorship and reverse the mask of kindness that so many supporters cultivate.

The effectiveness with which the regime was able to identify the protesters drew attention in Cuba. He collects them from his home. Beat them and make them disappear. The lists of human rights organizations include more than a hundred.

The culture of denunciation introduced by the Castroites since the beginning of the dictatorship is famous. People are encouraged to donate even the mother if she shows anti-revolutionary behavior. “If you don’t speak, someone will go and you will go with them.” A recipe whose main ingredient is fear and which has always worked. But something has changed.

We begin to suspect that Cuba received a Chinese gift. These facial recognition cameras. They are suspicious. Just suspicion. But nothing would seem absurd given that Beijing is Cuba’s new umbrella dictatorship.

In Brazil, Cubans living in exile went to the doors of the Cuban embassy in Brasilia and the consulate in São Paulo to protest. They joined, in a way, their friends and relatives who were beaten with batons in the streets of Santo Antonio de Los Baños, Havana and many other cities in Cuba.

To their surprise, the long arms of the Cuban regime were there. Little dresses in their unwavering red basic, the activists of Movimento dos Sem Terra, PCdoB, Psol, PT, PCO played the bass drum (literally). And not just show up. Repress. Threat. They amplify the violence of their idols against those who seek freedom away from the regime.

The arms of dictatorships are getting longer. It has never been so obvious.