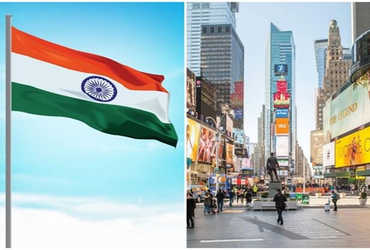 Various programs have been organized throughout the day by an organization called Federation of Indian Associations. At the same time, the famous Empire State Building of New York will be painted in the color of the tricolor.

A cruise on the Hudson River is planned in New York in the evening. In which the VPO will also participate. Indian-American chess player and youngest Grandmaster Abhinav Mishra will also attend the Independence Day celebrations. He is just 12 years old, while 17-year-old Indian-origin Samir Banerjee, who won the Wimbledon junior tournament, will be felicitated.