The governments of Europe are ready to fight the corona epidemic, which is considered an inevitable disease. 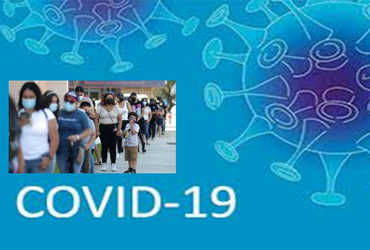 Meanwhile, Europe has changed the way it fights the cholera epidemic. When the corona pandemic first broke out, people in Spain were imprisoned in their homes for more than three months. At that time, the health service had stopped crumbling due to such drastic measures. Two years later, the new wave of corona in Spain is no longer an emergency but an inevitable disease. The same method is being adopted in Portugal and Britain. However, the World Health Organization said it was too early to announce any major changes in the nature of the pandemic. Huna Emergency Chief Dr. This is a personal opinion,” said Michael Ryan. Pandemic means not only the number of cases, but also the severity of the infection and its impact. Speaking at the World Economic Forum, Dr. Anthony Fochi said that when If the infection stops affecting society, it can be considered a pandemic rather than a pandemic.Scientists in Scotland have developed an artificial intelligence-based X-ray test to diagnose corona infection that allows accurate diagnosis in minutes Can do.

In this test, 3000 images are scanned using X-ray technology and diagnosed by AI technology called Deep Convolutional Neural Network. The study, published in the journal Censorship, found the technique was 98 percent accurate.

For the first time in the US, the corona home test kit has been made available for free on a government website. Americans can get up to four free home testing kits delivered to their address at covidtestdotgov. Which is delivered home from the post office. But when Omicron’s infection starts decreasing, it takes seven to twelve days to get this kit.

The White House also announced on Wednesday that 400 million N95 masks would be provided free of charge by pharmacies. Zoe McLaren, a health economist at the University of Maryland, said the move to distribute one billion test kits for free was a good one, but that it should remain a routine response to the pandemic. Since the vaccine is free and is available in sufficient quantities, a test kit should also be available. Both these factors will help in controlling the cholera epidemic and the number of cases.