The French march against the “health pass” for the 4th weekend 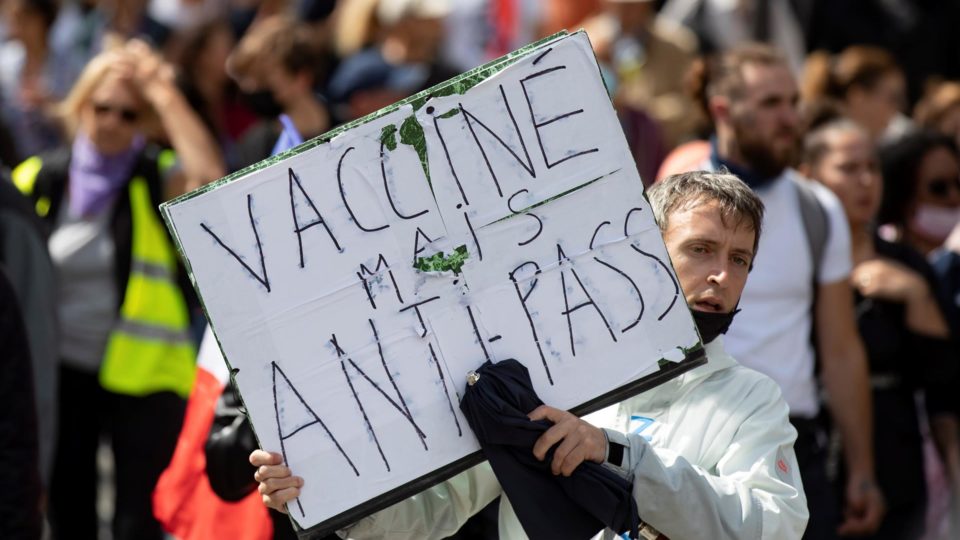 Thousands of people, in several cities of France, demonstrated for the fourth consecutive weekend against the “sanitary pass”, the certificate required by the French government to enter establishments such as cinemas and theaters.

From Monday (9), the document will also be required for entry into bars, restaurants, retirement homes, medical establishments (excluding emergencies and patients) and for long journeys by train, bus and plane. The “health pass”, implemented in France in June, is a certificate that guarantees that the person is vaccinated against Covid-19, tested negative in the last 72 hours or cured of the disease in the last six months.

The French who have taken to the streets believe that the request violates civil liberties. According to the Interior Ministry, 230,000 people demonstrated this weekend in Paris, Nice, Montpellier and Lyon, where there was a clash with the police.

Vaccination in France has taken a leap forward since President Emmanuel Macron announced the “health pass”. Two thirds of French people have already received a dose and 55% are fully vaccinated.