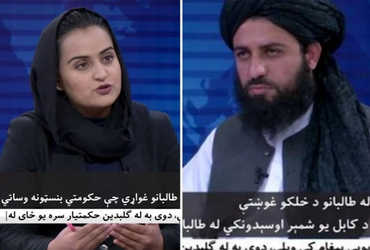 Millions of people have fled Afghanistan since the fall of the Taliban. This includes people who have helped the United States over the past 20 years since former President Ashraf Ghani, as well as political leaders and women.

Whatever the Taliban may say, the ground situation in Afghanistan is different. The woman journalist, who was the first to interview the Taliban after seizing power, has also left the country to save her life.

Beheshta Argad, a female journalist for the Afghan Channel, made history and became the first woman to interview a senior Taliban leader. This interview was discussed all over the world.

“I have left the country because I am afraid of the Taliban,” he told the US channel. I interviewed the Taliban leader for Afghan women and I explained to myself that someone had to start over.

That is, the Taliban did not fulfill their promises. The Taliban are intimidating the news media and targeting journalists and that is why I have left the country.