The decision to cancel the marriage of the Prime Minister of New Zealand was taken due to the protocol of Corona. 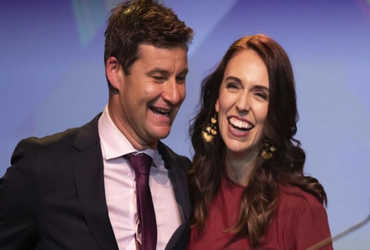 After one marriage, 9 cases of Omicron were reported, the risk of community spread increased.

New Zealand’s Prime Minister Jacinda Ardern has canceled her wedding amid restrictions imposed on the country to prevent rising Omicron infections. Strict restrictions have been imposed in New Zealand since Sunday night. Public gatherings have been banned to prevent the spread of corona. In New Zealand, cases of infection from Omicron are increasing rapidly.

Masks have been made mandatory in New Zealand since Sunday night. Apart from this, gatherings have been banned and only a limited number of people can participate in any program. Actually 9 cases of Omicron were reported after a marriage in New Zealand. Since then the risk of community spread has increased.

A family returns to the South Island by plane after attending a wedding in Auckland. Corona reports of family members and flight attendants came back positive and later a ban was announced in New Zealand.

He said, ‘I have also decided to annul the marriage after living with many countrymen and I am sorry for those who were put in such a situation. I am no different from the thousands of countrymen who have suffered the devastating effects of this pandemic. The hardest part is that when our loved ones are sick, we can’t even be with them.

Jacinda is set to marry her longtime partner and fishing-show host Clark Gayford.