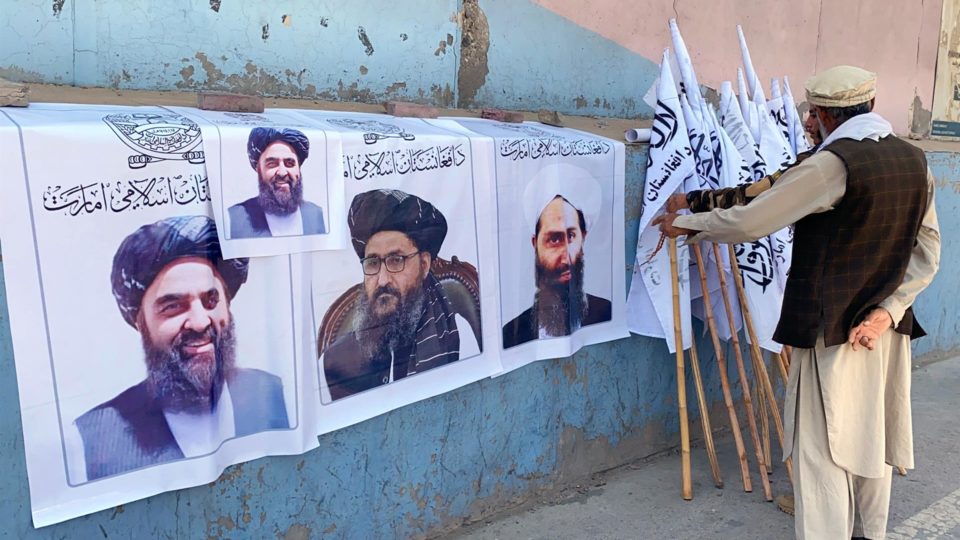 If you’ve read the plethora of reports on Afghanistan’s collapse, you know there are plenty of enemies to blame, from corruption to incompetent rulers to 20 years of optimistic assessments of our own. defense institution. For me, there was only one day that Afghanistan died, and that was June 16, 2021.

I have spent my entire adult life studying insurgency and terrorism, sometimes with books and research, sometimes with a rifle barrel, and because of this I learned the ultimate truth from Napoleon: in war, morale is proportional to physical. from three to one.

Insurgency as a form of war is based on faith and the belief that someone will win. Otherwise, why would a peasant take a gun and fight an entrenched government against it with all this physical power, if not in the belief that he would end up winning? This is the only form of warfare in which perception can truly come true – and that’s exactly what happened in Afghanistan on June 16, 2021.

The Afghan commands are the only force in the Afghan National Army (ENA) that truly fights and wins. They’ve been doing this ever since we started building them, first with the CIA, then with our own special forces. They were known as the only force without tribal affiliation and were the only force in the country to fight for the state of Afghanistan, regardless of human terrain. And they were very good. At one point, in the end, they were leading over 90% of all combat actions in the country – exhausted to the max, but succeeding with the support of the United States.

And then we remove the support.

There was a national plan for the use of the Command, which, in short, was to bring it in and eliminate Taliban influence, and then be replaced by regular components of the ENA who would guard the area. safe and beyond the control of the Taliban. On this plane, they were very successful. On that fateful day in June, everything changed.

The commandos attacked a village called Dawlat Abad and defeated the Taliban. They called on the ENA to take control, and the ENA refused to enter, fearing the Taliban. The Taliban regrouped and surrounded the village, attacking it with mortars and leading a siege, until the small contingent of commandos had no choice but to surrender. Requests for air support were not granted because the United States removed the fair maintenance function from the aircraft that allegedly responded. No help came.

Twenty-two commandos surrendered to the Taliban. All 22 were summarily executed – on video. One of the dead was a soldier named Sohrab Azimi. He was the son of an ENA general, educated in the United States and engaged to an American citizen. He could have done anything with his life, but he chose to lead the Commandos. He was one of the best and brightest in Afghanistan and was shot in the back of the neck in the street because his calls for air support were ignored.

No one paid attention to the June 16 news in the United States. No one cared, but make no mistake, the soldiers or average civilians in the Afghan hierarchy do. Sohrab Azimi was a national hero in Afghanistan. He was like a cross between Captain America and Saladin. I read the story and felt horrible losing it. When I thought about it pragmatically, the only thought that crossed my mind was, “This is the end.” And that was two months before the fall of Kabul. Insurgency awareness has its own domain. It becomes reality, and when the action happened, I saw the reality.

Why would a regular ENA soldier take a stand against the Taliban when the famous commandos tried to do so and were brutally executed in the middle of the street? When the man who represented them as the future of Afghanistan died on his knees in a pool of blood? Despite the failure of the cowards of the ENA, the signal was sent by our lack of support that no one will help. If you face the Taliban, you will die. Even your brothers will refuse to help you.

And that perception started to grow with each village that surrendered. It started to take on a life of its own, until it became inevitable. General Scotty Miller, Afghanistan’s last commander, said this as he walked out the door a month before the crash. In an interview with ABC’s This Week, he said: “War is physical, but it also has a psychological or moral component. And hope really matters. Wanting to happen is that people lose hope and believe they have. now a fate presented to them. Civil war is certainly a path that can be envisioned. It should be of concern to the world. “

At the time, he didn’t believe it was a given, but it was. All hope was lost. The signal sent by our lack of support was precisely the perception the Taliban wanted: you are all going to die. And people in positions of authority, both low and high, took it seriously. Afghanistan ended on that date.

What is tragic for me is that we are supporting the country with only 2,500 troops. Why are we leaving? Strategically, the Bagram air base was the only rock in all the neighboring countries. The current US government continues to talk about “shifting the focus” to “the threats that matter” in order to “get out of eternal wars,” but take a look at the location of Afghanistan. North of Bagram Air Base is Russia. To the east is China. To the west is Iran. You cannot ask for a better force projection platform for the transition to the so-called “great power contest”. Letting go of this is a self-defeating prophecy. And that was before we allowed the Taliban to release 5,000 terrorist prisoners from their cells.

Whenever I hear the words “eternal war” as if it were a mantra against fighting for US interests, I can’t help but think of Korea. We are literally at war on the Korean Peninsula to this day. We never signed a peace treaty, but our deployment of troops there stabilized the region for about 70 years. And the cost was worth it. Nobody in America cares, but we have 29,000 troops in South Korea, so 2,500 troops in Afghanistan was a complication?

Our hasty withdrawal from Afghanistan will do nothing for stability in the region or for our own security. Besides the strategic loss of Bagram as a power projection platform, the Taliban will welcome terrorist groups with open arms. The US government says that’s okay, because terrorists are now operating in ungoverned spaces like Yemen, Libya and Somalia, and we’re dealing with them “from the outside”, but that’s a pipe dream. .

First, you need intelligence work to decipher terrorist threats. Who is going to give this to us in Afghanistan? No one is the answer. Because to be considered a collaborator of the United States is a death sentence. Second, there is a huge difference between terrorist groups that operate in ungoverned spaces and terrorist groups that operate with state support. If you doubt that, take a look at Hezbollah vs. Al Qaeda now. One has the capacity – backed by Iran – to literally bring about the fall of the State of Israel. The other lives in a cave, fantasizing about future attacks, waiting for his perception to come true.

There are many different reasons for the fall of Afghanistan and many blame to be blamed, but the end result was not predetermined.

* Brad Taylor, Lieutenant Colonel (Retired), served 21 years in the US Army Infantry and Special Forces, including eight years in the 1st Special Forces Operational Detachment – Delta, commonly known as the Delta Force. Brad has written 15 New York Times bestsellers. When not writing, he works as a security consultant on asymmetric threats for various agencies.