The Covid-19 pandemic suffocates the health system in Cuba 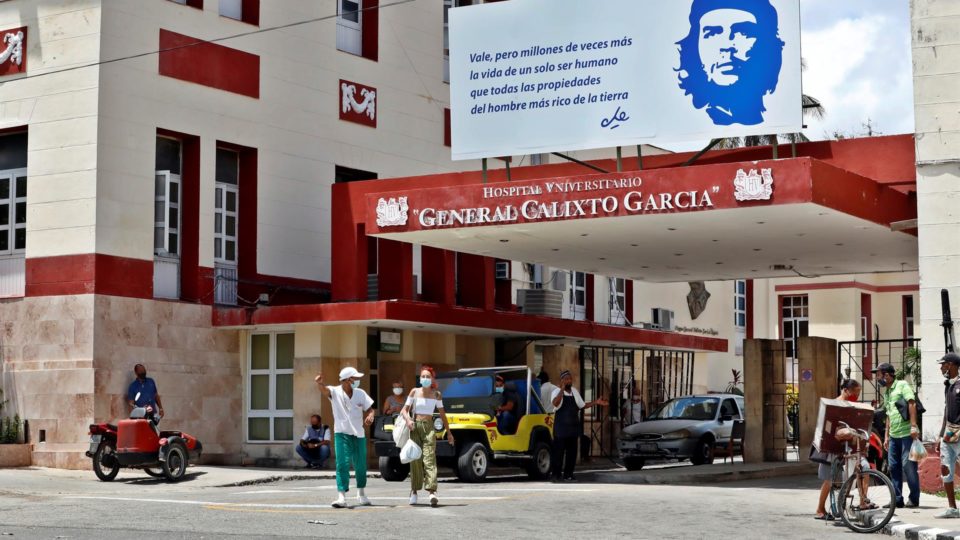 Cuba is in one of the worst stages of the Covid-19 pandemic, with an average of 8,000 cases and 70 deaths per day, a lack of oxygen cylinders, drugs and doctors, overcrowded hospitals and services funeral homes that collapse.

The Caribbean country, with 11.2 million people, has the highest disease incidence rate in the Americas, with 1,173 people infected per 100,000 population in the past 15 days, according to the Ministry of Health. Public health (Minsap) of the dictatorship.

Cienfuegos presents an “unprecedented scenario” due to the lack of diagnostic tests, the unresolved PCR backlog and “ineffective case management in primary health care”, according to local media. Out of a population of 406,244 inhabitants, around 35,000 people have been affected by Covid-19, reports the newspaper of 5 de Septiembre.

In this province, located 233 km from Havana, the absence of 446 doctors – out of a total of 701 – has overwhelmed care to the point that two professionals must see 250 patients, according to the newspaper.

A doctor at Cienfuegos hospital spoke to 14ymedio about the lack of oxygen to treat Covid patients. “During those days, 32, 34 patients died. At night, 36 patients died, of which only four were PCR positive [para coronavírus] at the time of death. These are the only ones recorded as dead from the coronavirus, but in reality the other 32 were post-Covid patients, who are not counted, “he denounced.

He also clarified that the province has an average of one or two deaths of pregnant women per year, but that in the past four days there has been one death per day, demonstrating the severity of the current crisis.

Cuban doctors’ anger over the situation in the country has grown, and in recent days groups of health professionals have denounced the precarious health conditions on social networks.

The protests by doctors, considered rare in a country where health professionals are considered proud of the regime and where critics are silenced, led the dictatorship of Miguel Díaz-Canel to react, praising these professionals in the pages of the state media, in the attempt to contain the revolt.

The city of Ciego de Ávila, capital of the province of the same name 440 km from Havana, reported 155 deaths linked to Covid-19 in 17 days and 339 burials in its cemetery, more than half of which were victims of the virus, according to the local newspaper Invader.

Carlos Cano, one of the cemetery administrators, told the publication the situation is difficult to handle. “It is not a question of failures in the construction of tombstones and graves, but the number of deaths. We have never seen anything like this before,” he said.

Bureaucracy in issuing death certificates, delays of up to four hours for the delivery of bodies and other issues compound the sad situation of the loss of a loved one.

The increase in Covid-19 deaths and the lack of space have forced brigades to expand cemeteries across the country.

Cuba has recorded 4,319 deaths from Covid-19 in the 17-month pandemic, but the number could be higher. Official statistics only include people confirmed with the virus at the time of death and ignore those who die before being tested.

Cuban Health Minister José Ángel Portal admitted to Invasor newspaper that Minsap’s daily report is “inaccurate” in terms of the number of deaths.

Experts also say that many victims of Covid-19 die from related illnesses – usually pneumonia – days or weeks after testing negative, and therefore are not recorded as having died from the virus.

This protocol is “questionable” for Cuban molecular biologist Amílcar Pérez Riverol, who told Efe that Covid-19 is a “biphasic disease”.

First there is the viral part, in which the patient tests positive, and then the immunological part, when he has diseases related to an imbalanced immune response of the body caused by the virus, and the patient can already be tested negative, explained Universidade researcher Estadual Paulista (Unesp).

However, he pointed out that in other countries, these people are still considered victims of the Covid, as their clinical condition arises from having suffered from the disease.