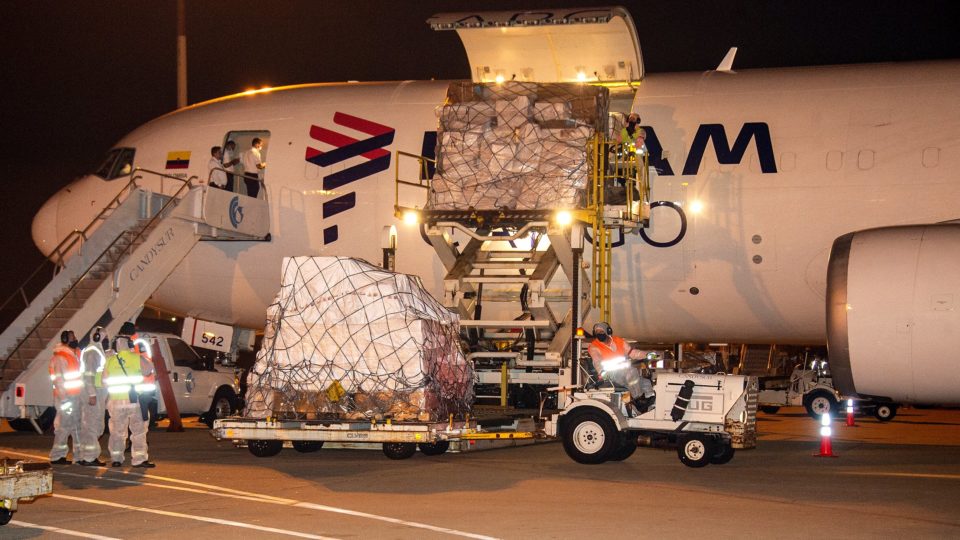 A plane landed in Uruguay with 80,000 doses of the Pfizer / BioNtech vaccine; country’s progress in immunization of the population | Photo: Twitter / Ministerio de Salud – Uruguay

For most of last year, Uruguay has been cited as an example in the fight against the coronavirus pandemic, as neighboring countries grapple with the growing number of deaths. Now the country’s good fortune is over. On the 13th, the country’s per capita death rate from Covid-19 was the highest in the world, reaching 14.23 deaths per million population, according to the Our World in Data website.

As of Wednesday (12), the country has recorded 3,252 deaths from Covid-19, according to the Ministry of Health. Last week, the average number of deaths was around 50 per day.

Contagion rates in Uruguay started to rise in November and have skyrocketed in recent months, apparently due to the highly contagious variant first identified in Brazil last year, experts say.

“Two pandemics” of coronavirus in Uruguay

“In Uruguay, it is as if we had had two pandemics: one until November 2020, when everything was under control, and another from November, with the arrival of the second wave in the country”, explains José Luis Satdjian, Secretary of the Ministry of Health “We have a new component in the system. The Brazilian variant has entered our country very aggressively.”

Uruguay closed its borders at the start of the pandemic, but cities neighboring Brazil are binational and have remained porous.

The epidemic has overwhelmed hospitals in Uruguay, which has a population of 3.5 million. As of March 1, Uruguay had 76 patients with covid-19 in intensive care units. This week, doctors treated more than 530 people, said Uruguayan Intensive Care Society president Julio Pontet, who heads the ICU at Pasteur Hospital in Montevideo.

The number is slightly lower than the peak in early May, but experts have yet to see a steady drop that could indicate an improving trend in the outbreak. “It is still too early to come to the conclusion that we have already started to improve, we are on a high plateau of cases,” said Pontet.

Despite the still high number of cases, there is hope that the country will be able to bring the situation under control soon, as it is one of the few in the region to have managed to act quickly in its vaccination campaign.

About a quarter of the population has been fully vaccinated and the government is expanding the scope of vaccinations every day. On Thursday (13), homeless people were vaccinated in Montevideo.

Three mobile teams roamed the streets of the Uruguayan capital and applied the Pfizer vaccine to the homeless – the choice was made because a single dose of it already generates a high level of protection. Homeless people who go to shelters had already been vaccinated. “We hope that the number of severe cases will start to decline by the end of May,” said Pontet.

The left won on six worrying points of the infrastructure law

One killed in firing by unidentified attackers at Kabul airport

Floods and climate change – masses of rain hit the country