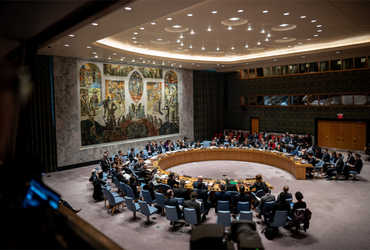 India’s coronation as the president of the world’s most powerful body, the United Nations Security Council, has poured oil on Pakistan’s stomach. Pakistan’s Foreign Ministry on Saturday expressed hope that India will take fair action during his tenure. Pakistan’s Foreign Ministry spokesman Zahid Hafeez Chaudhry said, “We hope that India will adhere to the relevant rules and standards during its tenure.”

A Pakistani spokesperson said that India has occupied the position. We would like to remind them once again that they should implement the UN Security Council resolutions on Jammu and Kashmir. India has become the chairman of the Security Council at a time when Taliban with the support of Pakistan is carrying out deadly violence in Afghanistan. His fight with the Afghan army continues.

According to the Pakistan newspaper, being the President of India means that Pakistan will no longer be able to discuss Kashmir in the Security Council for a month. Because of this, when he became the President of India, oil fell in the stomach of Pakistan. Pakistan is strongly opposing the abrogation of Article 370 from Jammu and Kashmir. Not only this, there is a withdrawal of foreign forces from Afghanistan in the next one month and some big developments can happen in Afghanistan.

India to join hands with China and Pakistan in Security Council

India can thwart the nefarious activities of Pakistan, Taliban and China through the Security Council. Pakistan has always been opposed to India’s presence in Afghanistan. Most importantly, the work program that India has prepared in the next one month’s tenure. It will target China and Pakistan. India is going to discuss counter-terrorism operations and maritime maritime security. This will bring embarrassment to Pakistan and China.