The claim of delay in giving notice cannot be denied 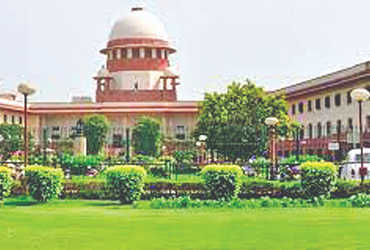 New Delhi:
The Supreme Court has held that no claim of the insured can be completely dismissed on the ground of delay in disclosure of stolen vehicle. The company said its insured truck was stolen on November 4, 2007. He lodged an FIR the next day and the accused was arrested but could not recover the truck.

The Oriental Insurance Company Limited rejected the company’s claim of compensation on the ground that it had made a late declaration. The insurance company won the case in the National Consumer Grievance Redressal Commission (NCDRC).

The NCDRC had ruled in favor of the insurance company in 2016, set aside the findings of the District Consumer Forum and the Haryana State Consumer Disputes Commission. But a bench of Justice Sanjiv Khanna and Justice Bela M Trivedi set aside the decision of the NCDRC. He claimed that his confession was obtained through torture and that his confession was obtained through torture. An FIR was also registered in this matter in due course of time.

Judge Trivedi said that the insured had immediately lodged a complaint after the vehicle was stolen. After investigation, the police said in the final report that the vehicle could not be confiscated. Surveyors and investigators appointed by the insurance company have concluded that the insured is correct. However, the claim cannot be rejected on the basis of the time taken to inform the insured.