The childhood of the princes and princesses of Brazil 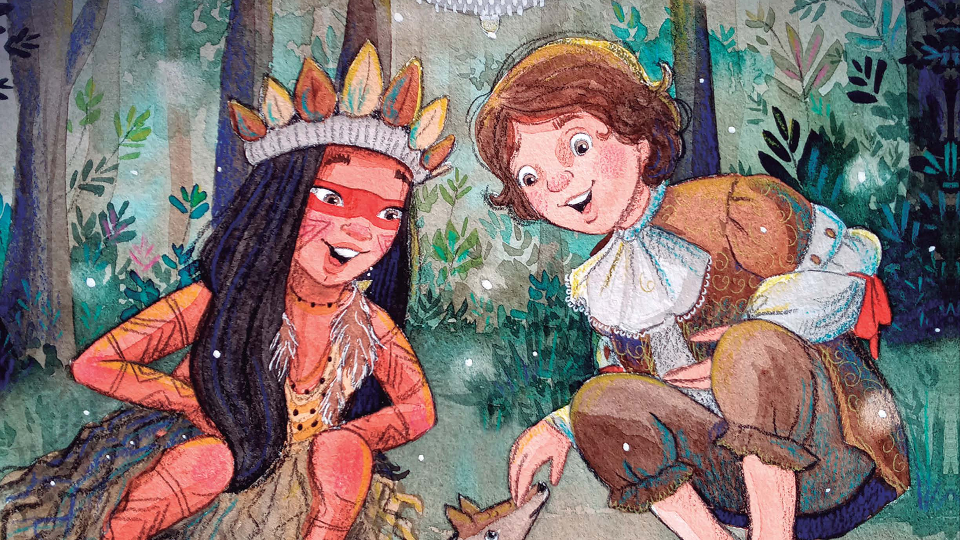 At ten years old, the Infant – title given to the princes and princesses of Portugal and Spain who are not heirs to the throne – enchanted by religious life, does not imagine that his elder brother, Dom José, dies prematurely at 27 years, leaving the throne for the youngest, who will become Prince Regent of the Kingdom of Portugal, Brazil and the Algarves.

We know that the monarch who was going to face an unprecedented intercontinental journey to protect the Portuguese Empire from the Napoleonic invasions was afraid of thunderstorms. Expect little João to feel the same; and that a Brazilian child who becomes aware of the experiences that marked the childhood of the figures that permeate school books feels correctly represented.

It is with this proposal that the historian Paulo Rezzutti, author of biographies of three members of the Brazilian royal family – Dom Pedro I, Dom Pedro II and Empress Leopoldina – and winner of the Jabuti Prize for his “D. Pedro – The untold story “wrote” Princesinhas e Principezinhos do Brasil “(Pingo de Ouro), which hit bookstores last October.

With illustrations by Gisèle Daminelli, winner of a competition in which more than 200 artists participated, the book presents short stories for children about historical figures of the country, based on real events. The three biographies of Rezzutti, as well as members of their family, are present, as well as unsung characters like the Congolese princess Aqualtune, who would be the grandmother of Zumbi dos Palmares, and the princess Paraguaçu, the daughter of a chief. tupinambá who would become one of the first indigenous peoples to officially marry a Portuguese and spread devotion to Our Lady in Brazil.

The idea of ​​focusing on the childhood of these personalities, according to Rezzutti, first appeared during a trip to Petrópolis, Rio de Janeiro, in the company of his godson. “He must have been around 8, 9 years old and would run after me to hear me tell the stories of the place. His name is João Pedro and I first thought of a book about a João and two Pedro, ”says the author, in an interview with Gazeta do Povo.

“Until in 2019, when the biography of Dom Pedro II was published, I started noticing children in autograph lines, with their parents, and they always wanted to know something about the princes and princesses of Brazil. Ten-year-old boys introduced themselves saying they had read the biography before, others bragging about memorizing the names of the princes, and I realized there was a lack of material for this. public ”.

With minibiographies of the real characters on the last pages, the book brings in tasty detail tied to short fictional stories with a real backdrop. Young readers will see Princess Leopoldina preoccupied with her stone collection as her family prepared to flee amid the Napoleonic invasion of Austria; Dona Carlota Joaquina too lazy to wake up and angry at having to go to mass, Dom Pedro I being hit on the head while playing war and Paraguaçu speaking Portuguese.

Regarding research on the childhood of these characters, Rezzutti highlights a difficulty: “The most difficult stories were those of blacks and natives, because there are few testimonies. I had to resort to anthropology to learn about paintings, the behavior of children or what was expected of a chef’s daughter, for example. When it comes to royalty, everything is recorded, as they belonged to the literate elite. There are letters from Carlota Joaquina’s maid to her mother, telling her that she didn’t like getting up early or changing to go to mass ”.

The author, who always says he is “addicted” to the boy Dom Pedro I – “he was a tomboy, he was still doing nothing good, he knew how to have fun”, says – rejoices when he sees whole families take an interest in work. “It’s very difficult to produce something that touches so many generations, in the midst of so many stimuli,” says Rezzutti. On the eve of the bicentenary of Independence, “Princesinhas e Principezinhos do Brasil” is a suggestion for parents who wish to instill in their children the interest and passion for national culture, in all its richness.