The challenges of the Iranian elections in 5 key points 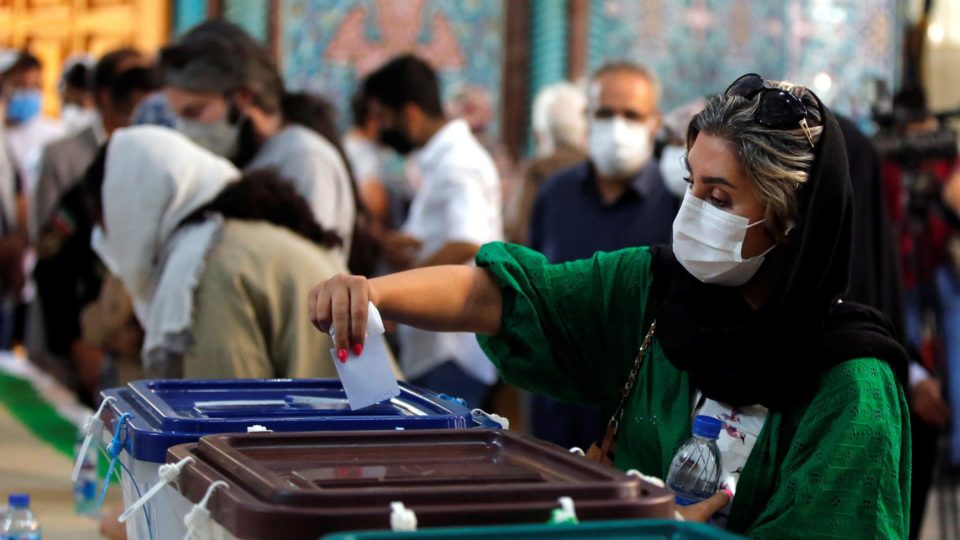 The presidential elections in Iran, held this Friday (18), should favor not only a change of command of the Iranian government, but also a probable slide towards a religious radicalism which could deepen the differences between the country and the West, as well as increase mistrust in the nuclear field.

The ballot meeting coincides with a delicate time for Iran, both internationally and internally, with popular discontent on the rise, so the stakes in the election are high.

The political landscape has changed dramatically compared to four years ago, when moderate Hassan Rouhani was re-elected president. This time, he can’t show up, as he has already served two consecutive terms.

The country’s radical bloc largely dominated the 2020 parliamentary elections, which were seen as a preview of what will happen in the presidential election. In addition, reformist or moderate candidates with some possibilities were opposed by the Council of Guardians.

Until the start of this week, seven candidates were still in the electoral race, but, as is often the case in Iran, three of them announced their withdrawal to support better-placed competitors.

Three of the four candidates vying for the presidency are hard-line supporters, including the clergyman and head of the judiciary, Ebrahim Raisi, who is considered the frontrunner. And the only remaining moderate, until recently central bank governor Abdolnaser Hemati, has a less popular profile.

According to various polls carried out by semi-official agencies, the participation rate should oscillate between 38% and 45%, well below the standards of the Iranian theocracy, which still seeks to legitimize itself by a massive vote.

Additionally, low voter turnout generally favors the most radical religious bloc in the country, as its voters support the theocratic system and view voting as a kind of religious duty, which does not happen in more liberal sectors.

The discontent of the electorate of reformers or moderates after four years marked by the economic crisis and the repression of demonstrations against the economic crisis, as well as the lack of improvements in terms of freedoms, have contributed to a strengthening of the radicals.

3. Possible succession of the supreme leader

Raisi’s likely arrival as president is interpreted by many political analysts as a further step on his path to the post of supreme leader. Recall that Ali Khamenei was also a former president.

Khamenei’s old age (82) and his fragile health have led to speculation in recent years that his succession as head of the Iranian theocracy must be well supported.

Raisi was appointed head of the judiciary in 2019 by Khamenei himself, who also chose him for the previous post of administrator of the important Astan Quds Razavi foundation, which manages the mausoleum of Shiite Imam Reza in the city ​​of Mashad.

4. Relationship with the United States

Radicals are generally reluctant to engage in any interaction with the West and, above all, the United States, which they call the “Great Satan,” while reformers are more open to negotiations.

Tension between the two countries increased dramatically during Donald Trump’s tenure (2017-2021), on the brink of conflict when the United States assassinated prominent Iranian General Qasem Soleimani in a bombing raid, and Iran has responded with an attack on a base in the United States. Iraq, which housed American troops.

Trump further imposed tough sanctions on Iran following the US withdrawal from the 2015 nuclear deal. And while Joe Biden’s victory in the 2020 US election could represent a change in the leadership of Washington, any improvement in bilateral relations could be hampered with the ruling religious radicals in Tehran.

Biden’s willingness to reverse the nuclear deal has opened the door to new negotiations, which are still ongoing in Vienna and for which a president like Raisi and a new, more intransigent negotiating team will be an obstacle, although the Supreme Leader always have the last. word in Iran.

The negotiations aim, in addition to the return of Washington to the pact, the return of Tehran to the fulfillment of all its commitments under the agreement which it decided to violate in response to the American sanctions.

This year, Iran limited inspections by the UN nuclear agency and started producing enriched uranium at 60% purity, close to what is needed to produce an atomic bomb, this year. which aroused fear and mistrust among Western powers.