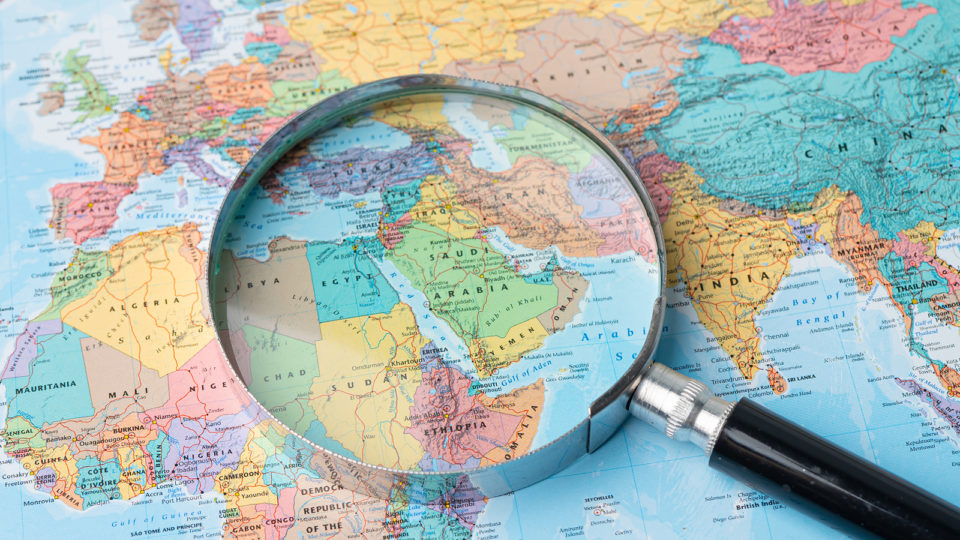 During the last month of March, three years have passed since the beginning of my collaborations here at Gazeta do Povo. “Looks like it was yesterday,” the snap says. In March 2018, I wrote about Putin and the post-Soviet space, one of the topics that interests me most in my professional career. A text of ten pages, more than thirty thousand keys. A few months later, in August, I became a regular columnist, with two weekly columns on a regular basis. Today’s column will be a little different, as the heavy use of the first person may have already shown. After all this time, I would like to discuss with readers some of the aspects and challenges of dealing with international politics publicly.

There are already 275 texts in the regular column, plus previous collaborations. Basically a book, divided into weekly pills. A large number of texts in a space of tens of thousands of readers will have the obvious consequence of the fact that some texts have a larger audience, others less, some arouse more sympathy, others less, some heated debates, d ‘others little received, and so on. And that will also vary depending on each space. There are different reader profiles, broken down either by social class, by age group, by field of activity or by ideological preferences. Working with audiences on the Internet means being read and rated by a wide variety of people. My player here in this Gazeta space is different from the one consuming me in a podcast, for example.

It’s a challenge, but a great challenge. How to convey a message or an analysis to different audiences? What approaches work best for each media or reader profile? Talking about the Falklands War with a person of considerable purchasing power, in their sixties, who has memories of the conflict and when Argentina and Brazil were deep political rivals, is one thing. Talking about this same conflict with a young man in his twenties, who is still beginning his professional career and that the maximum rivalry he has seen with our neighbors is in football, is another. A simple example, but I think it worked.

Texts with varying degrees of scope

One of the reasons why some texts attract more readers than others is, of course, the theme of this column. The texts on the Gibraltar question between the United Kingdom and Spain, or the recent revolution in Sudan, have not aroused as much interest as others. Does that mean that these are minor themes? Of course not, they just don’t have as much appeal and can be considered a mere “curiosity” by most people. They are not present in the news, in everyday life or do not “move” with the readers. This is another challenge in international politics, but unpleasant.

The international political space in Brazil is historically neglected, the cultural result of a country that has long been open to trade and with few long-term strategic projects in politics. On the other side, there are themes that move readers and get a lot of attention. American politics, for example. Brexit and Brazilian foreign policy are others, the second for obvious reasons. And, of course, Israel, Palestine and everything that’s going on in the Levant region. A theme that has not ceased to be present in the news for decades, which moves two large communities in Brazil, Arabs and Jews, and which also dialogues with the religiosity of certain people, who see in the State of Israel a return of Israel Biblical and related prophecies, such as the Third Temple and the arrival or return of the Messiah.

However, it is not possible to write texts like the one on Putin, ten pages long, in each column. The reader would have no patience, the editors would be disheveled and the columnist, me, exhausted. Back then, modesty aside, there was no loose ending. Pretty much everything was there to understand Putin’s rise and consolidation as someone who saved Russian national pride in the post-Soviet era. Of course, one point or another without much depth, but it was still there. And that’s another challenge, very difficult to find an answer, a “formula”. How to deal with themes that emotionally mobilize the reader? One book at a time? Or just drop these themes and focus on Kyrgyzstan, or the recent border clash between the Uzbeks and Tajiks?

Part of the motivation for this column arose from the fact that the last six columns were related to these themes that engage the reader. Two on Brexit, two on the United States, one on Israel and one on Chile and Pinochet. More than a hundred comments in the general sum, more than fifty in the text on the Chilean constituent. And, I believe in all the columns mentioned, I mentioned that these were themes already seen here, with approaches that complement each other. Precisely because it is practically impossible to exhaust these subjects in a single text. In addition to being impossible, it would not be practical, therefore the constant reference to past texts.

In the column “Jerusalem, the political crisis in Israel and the most racist fans in the world”, for example, the idea was to bring something new, something not seen in press coverage on Israel: the growth of nationalism by Jewish anti-miscegenation and anti-“assimilation” movements, which leads to the growth of sectarian violence in Israeli cities. A phenomenon that is new, was not the norm in Israel until the late 1970s and, again, little commented on. To illustrate this phenomenon, he brought in the organized crowd of the Beitar Jerusalem club, also little known, but very well structured and considered dangerous.

In the comments, many called for an absence of Hamas from the text, with some even claiming that the text sought to “justify” the terrorist attacks, when that was not even the crux of the story. And, about Hamas, here in this space, I have already written that “Qatar also serves as the seat of talks for the creation of a ‘new Hamas’, a more modern group recognized as a legitimate political actor; so far this has not happened without the repudiation of the founding letter which preaches the destruction of Israel. In the same text, I defined Hamas as a “Sunni Islamist group linked to the Muslim Brotherhood”. In another column, I referred to the condition defended by the then Trump administration of the United States, “the dismantling of Hamas, an extremist group which does not recognize the existence of Israel.”

It shouldn’t be necessary to define Hamas for what it is in every text about Israel and Palestine. Where is it? This is one of the challenges. How self-sufficient each text is and how part of a larger whole. A football match report, for example, has a clear start, a preparation for the match. Development is the unfolding battle. And its conclusion is the analysis of the consequences of the outcome of the game. Now, a column that analyzes the strength of a certain football club? You have to go back and remember the failed negotiations, move forward and anticipate future challenges, but how far? Next to where?

As part of this greater reader’s engagement, emotional or ideological responses sometimes occur. It is very common, for example, for readers to try to guess or predict my ideological preferences, those of other writers and journalists, or unclear goals in each column. This “suspicion” is normal, even more so in 2021, is part of the job, although I can guarantee that I don’t have dark agendas that don’t share my perspectives and a bit of knowledge. On the other hand, when I wrote in Pinochet’s last column about the end of Chile, it seemed to me that I was talking about an angel of the franchise, not a dictator, torturer, corrupt and trafficker. weapons and maybe drugs. And these are basic principles for talking about any government in a state, especially the one that was in power until practically yesterday. He was not a tyrannical feudal lord of a thousand years ago, although he behaved like one.

It even had the letter “and Fidel Castro?” on the table. In a previous text, I wrote that “there is no“ but ”, but what about Cuba?”, “But what about Venezuela?”. The view that there are only two paths, Pinochet or Cuba, is a superficial false dilemma. Nothing abhorrent done elsewhere legitimizes the Pinochet regime. And that ends up being part of the challenge. How to write about international politics and history taking into account the emotions of the reader? Should we explore these emotions, in the good old sensationalism? Dialogue with them, at the risk of losing concentration? To ignore them, to be able to alienate the reader himself? You have to find a balance, sometimes I think I’ve found it, sometimes I don’t see it. These are just a few of the many challenges in talking about international politics to a large audience. Three years later, I am still learning and I thank all the readers who have devoted minutes of their lives to my texts. Let’s let three more years come.

The new Chinese missiles and an old tactic in public opinion

Windows 11 releases a warning system if it detects problematic configurations, SSD failures, and even expiring subscriptions