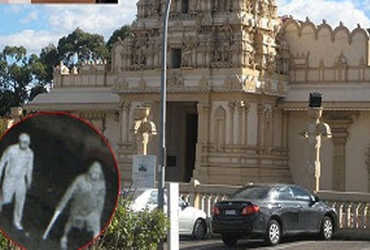 gross apathy of the local administration

Fear prevails among devotees and priests

Toronto: More than six temples and shrines in Canada have been vandalized by rioters in the past decade, and money and idol ornaments looted from temple treasuries, worrying many Hindus and Indians in Canada.

Not only this, it also means that anti-Hindu extremists have become active in Canada. In such a situation, it is the responsibility of the government and local administration to protect the people of Indian origin and their places of worship.

While all religious places like churches, mosques, gurudwaras are protected in India apart from temples, the Canadian government and local administrators should ensure the security of Hindu temples in their country and take strict legal action against them. Vandal Indians believe.

However, the sad and worrying thing is that there is negligence on the part of the local government regarding this incident. Hate crimes or hate crimes are creating havoc in temples. Earlier, a similar incident happened in Australia as well.

Temples and places of worship continue to be targeted in Canada’s Greater Toronto area, an activity that has yet to be brought under control. The attack on the temples has created fear among the priests and devotees visiting the temples.

Similar vandalism and looting have taken place at Hanuman Temple, Maa Chintapuni Temple, Gaurishankar and Jagannath Temples in Brampton, Canada. Hindus in Canada believe that the Canadian government should deploy guards around temples to protect them from invaders. Such attacks on places of worship cannot be tolerated.