The calamities that led the Cubans to face the dictatorship 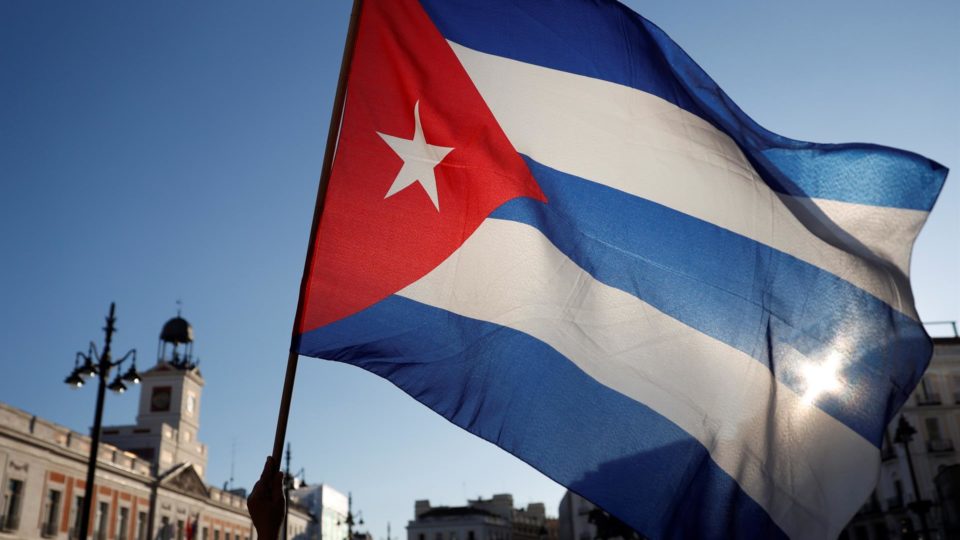 Something really amazing has just happened in Cuba. For the first time in 62 years that the Castro dynasty turned the island into a totalitarian dystopia, Cubans have taken to the streets across the island, denouncing their repressive government and demanding freedom.

Protesters could be seen on YouTube and social media chanting “freedom”, “down with dictatorship” and “down with communism” in rhythm, as if they were resolute pilgrim prayers.

They could also be heard shouting a challenge to their leaders: “we are not afraid”. This song has nothing to do with a prayer. It is a provocation, a war cry, a rebellious cry. And it comes mainly from young Cubans, grandchildren and great-grandchildren of the so-called Revolution.

Anyone who has lived in a free and open society, accustomed to frequent manifestations of discontent with the status quo, where none of the participants are beaten or thrown in jail, cannot even imagine the courage or despair it takes to express dissent in a totalitarian society. dictatorship like that of Cuba. No idea, really.

You have to live in a place like this, where a disproportionate percentage of the country’s budget is spent keeping the eyes of Big Brother. [o Estado] fixed on you in order to gauge the extent of fearlessness and despair it takes to drop your tongue in the streets next to your neighbors.

These protests are among the most dramatic evidence ever offered of the failure of the tropical dictatorship, which characterized itself as a “revolution” for six long decades and which drove 20% of its population into exile.

Many promises for a brighter future were made during this time by the military junta that had ruled Cuba since the days when cars had fishtails and the top songs on the US charts were “Jailhouse Rock” by Elvis Presley and ” Volare “Modugno by Domenico.

Well, the future is here, and young people can clearly see that all of these promises turned out to be lies.

Now those who should reap the rewards of decades of state-demanded sacrifice, selflessness and unconditional obedience are on the streets, shouting to their masters – and the world – that they are tired of living a lie. .

The response from Cuba’s oligarchs has been predictable. Immediately, internet access was shut down – and it’s still turned off three days later.

Soldiers, police and thugs incited by the country’s sinister president, Miguel Díaz-Canel, attacked the demonstrators, shot them, beat them with clubs and pushed as much as they could in vehicles that took them straight to jail or they simply made them disappear.

Díaz-Canel staged a counter-demonstration surrounded by a squad of bodyguards and beefy members of the ruling class who had no choice but to accept his invitation to this event.

He also appeared on television and called on all “revolutionaries and communists” to “fight the mercenaries paid by the US government”, take back their streets and “protect” the holy “Revolution”.

This sudden eruption of fearless dissent was caused by a perfect storm of calamities, all of which exposed the great lie of the so-called Revolution like no other crisis has before.

Lately, life in Cuba has become more unbearable than ever for almost all Cubans except those who run the place. The crisis is due to a long series of serious mistakes and catastrophes.

There are too many to list in total, but here are a few: Venezuela’s loss of income, a collapsing economy, gigantic foreign debt, a catastrophic sugar harvest, rampant inflation, a scourge that sinks in. A collapsing health system, lack of medicine, lack of food, lack of water, long queues and empty shelves in every store, lack of electricity and increased repression is intensifying, rather than shrinking, a crumbling health system.

Forget about US sanctions or the so-called embargo that the Cuban military junta and many world media blame for the current crisis.

These are unimportant factors, a blame rejection lure, skillfully manipulated by the oligarchs for a long time to distract from their own abject ineptitude and the congenital deformities of communism that they have embraced and forced upon all Cubans.

When it comes to assigning blame, it is much more deserved by the thousands of tourists urged to return prematurely and irresponsibly to apartheid resorts in Cuba as new varieties of Covid-19 make their way. appearance.

These “dream vacation” foreigners are a major component of this year’s perfect storm, but thanks to the country’s apartheid, most Cubans are unaware of their presence on the island, or of the infections being transmitted. to the employees of the complex, who therefore took the virus into their homes and neighborhoods.

Another big part of this year’s Perfect Storm is the undeniable fact that the Castro dynasty is gone. Fidel is dead, his ashes hidden in a monolith that looks like an ornament from the movie Flintstones.

Raúl escaped the stage at the age of 90, without any applause, not to mention the cheers of the audience. And after a big mess of ministers at the last Communist Party congress, the man who took matters in hand – apparently – is Miguel Díaz-Canel, a beefy character without the slightest charisma who seems incapable of saying anything. almost clever or inspiring.

Face off against the Big Brother character and sell the Big Lie [Grande Mentira] are challenges beyond his comprehension, so despite all the rhetoric he and his ministers spit about the “continuity” of the so-called Revolution, Cubans can see that he didn’t really inherit robes, but that he is really naked, so to speak, as the main character in Hans Christian Andersen’s short story “The Emperor’s New Clothes”.

We can only hope and pray at this point that he proves himself to be as unfit for repression as he is to inspire confidence.

These protests are not really about the pandemic or the shortages falsely attributed to US foreign policy. The end result is that these protesters know that the ultimate cause of their angst is the lack of freedom in all spheres of life, which is nothing new.

So young people who feel they have the most to lose by remaining silent, with nothing but a bleak future on the horizon, have taken to the streets like no one has dared to do so far. on such a scale.

As John Suarez, director of the Center for a Free Cuba, said yesterday: “What is causing problems in Cuba is the internal blockade that the regime has imposed on Cubans, and that is why Cubans are protesting against it. the system of government. They are not in front of the United States embassy to protest against the American embargo, they are protesting against the government because they know who is responsible for what they are suffering. It is not an accident.

Carlos Eire is professor of history and religious studies at Yale University.