The Afghan government handed over power to the Taliban and President Ghani left the country. 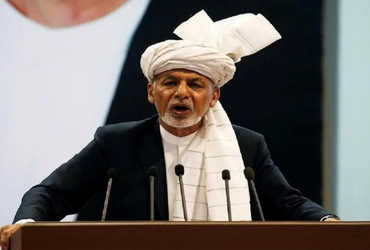 The Taliban have recaptured Afghanistan after 20 years. According to Tolo News, the process of transfer of power has also been completed here. President Ashraf Ghani handed over power to the Taliban. According to sources, Ali Ahmed Jalali has been made the acting head of the new interim government. There are also reports that President Ghani has left the country. It is believed that Guinea is going to America.

Meanwhile, according to some Taliban sources, the Kabul Police has started surrendering. He is handing over his weapons to the Taliban. Earlier, Acting Interior and Foreign Affairs Minister Abdul Sattar Mirzakwal assured in a separate video clip that the people of Kabul would be safe as they defended the city along with international allies.

According to Tolo News, Mirzakwal said that there will be no attack on Kabul, the change of power will happen peacefully. Afghan security forces are responsible for the security of Kabul. According to the latest information, Taliban terrorists have infiltrated Kabul, the capital of Afghanistan and have also captured all the borders of the country. This has been confirmed by three Afghan officials.