That’s it, our senators at the Covid CPI have become Quixotes 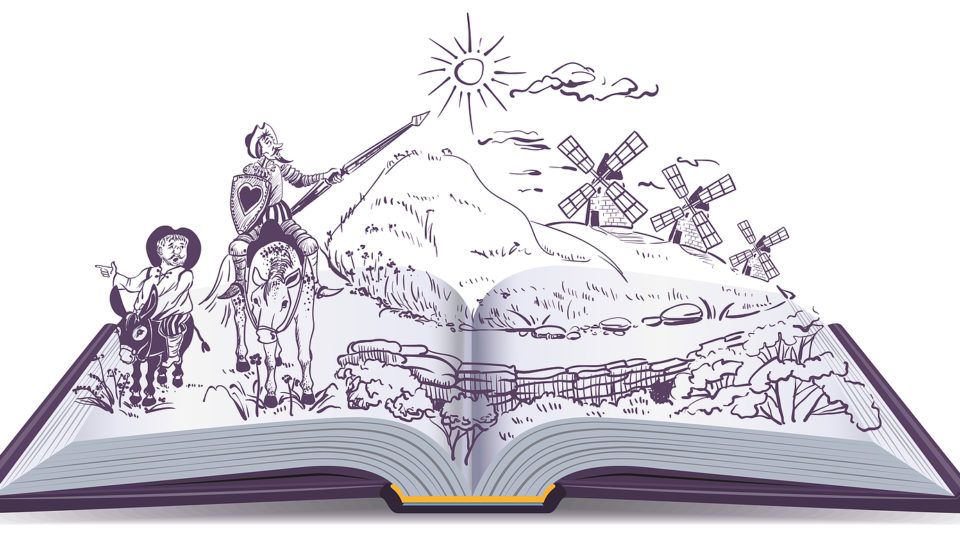 There are many readings on Quixote. All, in one way or another, agree to see in him the figure of someone who, even at the limit of his strength, and even knowing that it will not work, faces injustice, dishonesty and all that is vile and from below in this slightly twisted world, as Quixote himself says so often, to try to straighten it out.

Watching our world full of good guys versus bad guys, progressive tweets versus fascist tweets, scientists versus deniers, “terraplaners” versus “vaccinators,” finally watching the dramatic spectacle and snorting of (as it would say) García Márquez) “politics in times of pandemic”, I look at Quixote and it seems to me that he has the power to make us see, to make possible what is more and more difficult: to come to his senses and to be able to realize that all we are witnessing is the “Mambrino Effect”, performed by crooks and necromancers who have bewitched us and don’t let us see reality.

Cervantes, like all great writers, was a true prophet. There is nothing more “modern” (or rather post-modern) than this dialogue with the faithful squire Sancho, in which “the helmet of Mambrino” appears in chapter XXI of the first part.

– “(…) If I am not mistaken, here is a man with the Mambrino Helmet on his head …
– Look, Your Mercy, well, what you say, and what you do better – answered Sancho- (…) and maybe I would give such reasons that Your Mercy would see that you are wrong in what you say.
– How can I be wrong in what I say, scrupulous traitor ?! – exclaimed Don Quixote – tell me: can’t you see this knight coming towards us on a white-tailed horse, and he wears a golden helmet on his head?
“What I see,” replied Sancho, “is only a man riding a brown donkey, the color of mine, and who has something in his head that shines.”
– Because “this thing that shines” is that it is Mambrino’s Elmo – replied Don Quixote … “.

We are facing the “Mambrino effect”: we want to affirm that what is imagined, thought out and mentally constructed is real, and we are capable of “giving” it life and existence by the elaboration of a category or d ‘a concept, because “this thing that glitters” has a name. And whoever names, creates and dominates reality.

After all, as Cervantes himself explains, the knight of Sad Figura “had this going for him: how many things he saw, he immediately accommodated them in the air to his mad cavalry and his stray dreams” .

Would it be good for someone, maybe a doctor, to say that this is not the case, that there is not enough evidence, that it would take even longer to scientifically prove things? ?

When all we see, we adjust to our wild dreams, concepts and truths, will we be able to understand what an innocent Sancho informs us? Look, it’s not like that …

Cervantes’ Quixote is a prophetic way of announcing the new times which are approaching and which have already arrived. New times marked by the rationalist claim to be able to build a perfect and just society founded on certain rational, true and universal principles. As if it were possible!

The happy age and the happy centuries are those that the ancients called golden (…) because then the words “yours” and “mine” were ignored! Everything was common in this holy age …

What Cervantes is trying to tell us is to beware of these modern reformers, builders of a “social utopia” in which virtue, justice, equality and all other values ​​- after all, values ​​of knights. wanderers – have been imposed since the start of an earlier definition, categorical and conceptual, as Quixote did, from his chivalrous model which, in his mind, was perfect, but which, when put into practice, no ‘brought that disgrace upon disgrace.

Italo Calvino, in his book Palomar, gives a simple warning that could help us as an existential criterion. Palomar was a man who had not left his apartment in Rome. And one day he decided to venture out into life to try to understand it. To do this, he created a model that by definition was perfect.

And, then, it was a question of “being able to keep in mind, on the one hand, the shapeless and insane reality of human coexistence, which generates only monstrosities and disasters, and, on the other hand, a model. of a perfect social organism. , designed with straight lines and clearly drawn circles and ellipses, parallelograms of forces, diagrams with abscissas and ordinates ”.

The problem with the model is that in order to be a model it has to “work perfectly; whereas in reality, we can see that it does not work and that it is collapsing on all sides ”.

But Palomar, like so many people out there in this Covid IPC, isn’t giving up and that’s not why he’s going to put his role model aside: if that’s the way it goes, ” it only remains to force reality to acquire the form of the model, for better or for worse “. The decision is already made. The sentence is ready. The model is perfect and reality … reality does not is not Reality, for better or for worse, will have to be constrained to the model.

When Quixote wants to convince Sancho (who had already seen how very ugly Aldonça was) that his Dulcinea was the most beautiful woman in the world, he says:

According to this, it is enough for me to think and also to believe that Aldonça Lourenço is beautiful and honest (…) and, to end it, I imagine that everything I tell you is like that, without an ounce more less; I paint it in my fantasy as I want it, as well as in graces and respect.

And, to definitively close the case, in front of a Sancho Panza who insists and insists on telling him that his beloved is not all he thinks she is, Quixote definitively concludes:

For is it possible that by walking with me for so long you still haven’t recognized that all the knights-errant things that seem to be chimeras, nonsense and follies, are on the contrary realities?

There, our senators have become Quixotes.