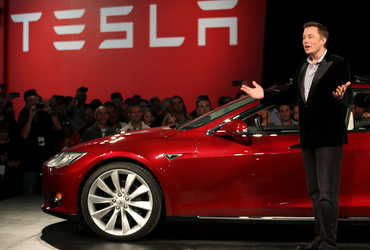 Elon Musk’s Tesla wealth drops by 103 billion in a single day. Elon Musk’s statement last week had an impact on the market. As a result, Tesla’s stock fell as much as 15 percent in a single day.
Elon Musk’s Tesla company lost 103 billion in a single day. The company could not impress investors despite selling 2,09,60 cars in the last quarter of 2021. Although Tesla’s production has increased by 30% over previous years, the company’s share has declined sharply for a variety of reasons.
Elon Musk said in a statement last week that not a single new model will be launched in the 202. The company is looking for space to build a factory for the production of semi-trucks and cheap cars. There will be big announcements by the end of the year.
This statement of Musk has had a bad effect on investors. Investors withdrew from Tesla because no new models were to be launched. As a result, Tesla’s stock fell 14 percent and lost $103 billion in a single day. The company’s shares closed at 6. This is the lowest level since October 15, 2021. For the second time in a year, more than ₹ 100 billion was robbed from the company. Earlier on November 9, the property of the voter was also washed away.
The company sold 2,8,16 cars in the year 2021. The company had a net profit of 4.5 billion in a year.