Tesla has been accused of racial discrimination in another controversy 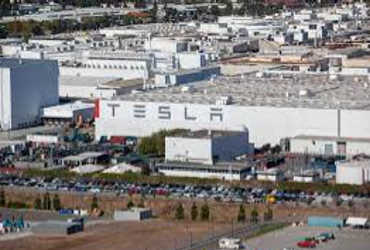 He was fired after complaining to his supervisor about this. Because of this he had to undergo tremendous physical and mental torture.

This is not the first time Tesla has been accused of this kind. According to the report, Calin Barker was a former contract worker whose job was to test brake parts at the sub-assembly plant in Lathrop. He said that he had to face all kinds of racial discrimination and humiliation while working.

He further stated in his complaint that his white co-worker had injured him with a hot grinder tool and that they were making racist remarks on him. He was also discriminated against for being homosexual. I felt like I was being tortured. I felt that African Americans had been pushed into an era when they did not have civil rights. Even after enduring all this, the surprising thing was that he complained about his problem to the supervisor and on 29 October he was fired from his job.

This new application can give a tough competition to Tesla. The reason is that Tesla’s inaction on racist comments has been criticized for some time now. In May last year, a former black company employee won a $1 million discrimination lawsuit against the company in arbitration because the company could not stop its supervisors from speaking the word.

Tesla has denied any racist remarks or behavior in its units in the past, but has yet to issue a statement regarding Barker’s case.