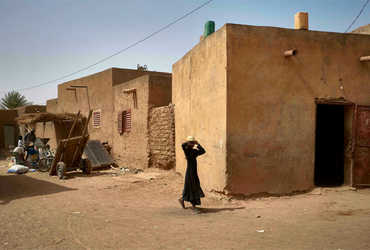 The house was ransacked and the animals were taken away

According to a letter sent by the Asongo district official to the governor of the Gao region, the cities of Otagona, Caro and Deutegufe were simultaneously attacked around 6 p.m.

The letter said that houses were ransacked, the ground was set on fire and a herd of cattle was taken away by the militants. At least 51 innocent people were killed and many others were injured in this attack.

No group has claimed responsibility for the attack. Mali, French and European military and UN troops are battling Islamic State and al-Qaeda-linked terrorists in the region.

Colonel Solomon Dembele, a spokesman for the Mali army, confirmed the attack but declined to provide further details. The terrorists were stationed at the entrances of the cities and were firing indiscriminately at the civilians.