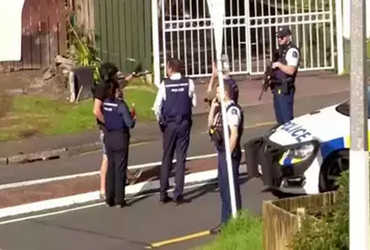 In Auckland, New Zealand, an Islamic State-influenced attacker broke into a mall and stabbed six people.

The man was already suspecting the police. The police was keeping an eye on him. However, he entered the supermarket today and launched a terrorist attack. After this the police reached there within 60 seconds and shot the attacker.

New Zealand Prime Minister Jacinda Arden said: “The person shot was a Sri Lankan national. He came to New Zealand in 2011 and has been under observation since 2016.” Terming the incident as a terrorist attack, he said the attack was carried out by one person and not by any religion. The attacker was influenced by the ideology of Islamic State and has no support in New Zealand.

Meanwhile, those injured in the attack were taken to a nearby hospital. Where the condition of all three is serious. A video of the supermarket is also going viral. In which the attacker is seen running. Shortly after, the police arrive and ask the attacker to surrender, after which he is shot and killed.