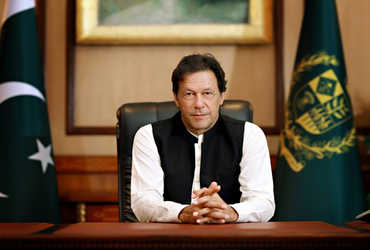 After a temple was vandalized in Pakistan, Pakistan has bowed down to India’s opposition. On Thursday, Pakistan Prime Minister Imran Khan condemned the demolition of the temple and vowed to rebuild it. Not only this, the Pakistani PM has also said that the miscreants involved in the attack will be caught soon.

Pakistani PM has expressed his views in a tweet. Imran Khan tweeted, ‘Strongly condemn the attack on Ganesh Temple in Bhunga. I have already asked the IG of Punjab to take strict action against the accused involved in this case and also against the police for any kind of negligence. The government will rebuild this temple.

All the arrogance of Pakistan has not diminished in the matter of temple demolition. In fact, India had called on the in-charge of the Pakistan High Commission to raise strong objections to the entire incident. and protested vehemently, expressing serious concern about the religious freedom of minority communities and the ongoing attacks on their places of worship.