Talks between Turkey and Taliban at Kabul airport, Erdogan said – this is diplomacy man 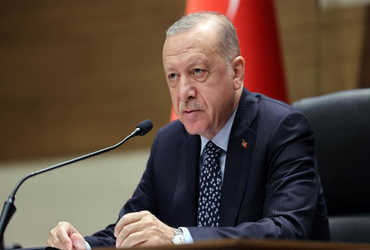 Turkey talks with the Taliban for the first time since the suicide bombing at Kabul airport. Turkish President Recep Tayyip Erdogan said the meeting also discussed the Taliban’s offer of help to run the Kabul airport. He clarified that Turkey has not yet made a final decision on whether to help the Taliban operate the airport.

Two days ago, the Taliban requested Turkey to provide technical assistance in operating the Kabul airport. However, the Taliban will have to completely withdraw their troops from Kabul before they can help Turkey. Following which Turkish officials feared that without any security, Turkish advisers would rarely be involved in the management of Kabul airport.

The conversation lasted for three and a half hours

Erdogan said the talks took place at the military department at Kabul airport. Turkey has set up a temporary embassy in the area. Erdogan said talks between Turkey and the Taliban lasted about 3.5 hours. If need be, we will have such talks again.

Knowledge given to Erdogan on diplomacy

Responding to criticism of Turkey’s ties with the Taliban, Erdogan said that he had no intentions, given the unstable situation in the region near Ankara. He also said that without talking you cannot know what are their expectations or what are our expectations. What is diplomacy my friend? This is diplomacy.

Turkey has been planning to help secure and operate Kabul’s strategic airport for the past two months. Despite this, Turkey started withdrawing its troops from Afghanistan on Wednesday. Turkey may thwart its plan, but discussions have resumed after the Taliban’s new proposal.