Taliban will now give us Kashmir by winning: Pakistan 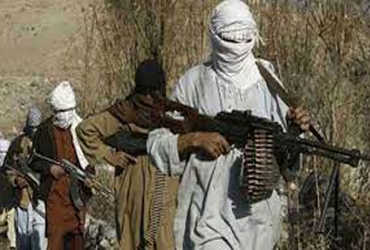 Celebration in Pakistan who won the Taliban

Taliban says Kashmir is not on our agenda

Pakistani leader Neelam Irshad Sheikh said that Taliban is with Pakistan. Taliban will come and conquer Kashmir and hand it over to Pakistan. He made a controversial statement in a program on Pakistan TV.

Neelam Irshad’s statement comes at a time when Pakistan has been accused of helping Taliban terrorists. During the war in Afghanistan, thousands of terrorists fled from the tribal areas of Pakistan to Afghanistan. Afghanistan is once again ruled by Taliban with the help of Pakistani Army and ISI.

When the TV anchor asked him who told you that Taliban will give you victory in Kashmir. On this Neelam Irshad said that India has divided us, we will remain one. The Taliban are supporting us because we supported them when they were persecuted. Now he will support us. The rest of the people present on the channel were laughing at the time of Irshad’s statement.

However, the Taliban has already said that it has nothing to do with the India-Pakistan dispute. He called it a bilateral matter. “We don’t want to be a part of the India-Pakistan war,” he said. We are people fighting for freedom. We are Afghans. We are fighting against the occupation of our land. Thus Kashmir is not on our agenda.