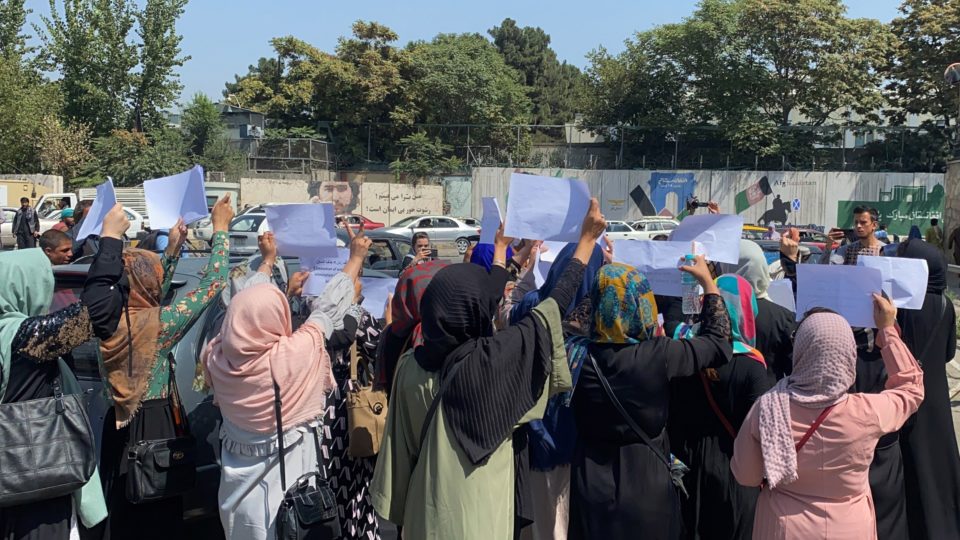 The Taliban dispersed with tear gas and shots in the air a demonstration organized this Saturday (04) by Afghan women, who again took to the streets of Kabul to demand their rights and their participation in a future government Afghan.

The women left the Foreign Ministry towards the gates of the presidential palace, when they were detained by the Taliban.

“They prevented us from continuing the march and said that it was not allowed to go to the door of the presidential palace. They used gunshots and tear gas to disperse us, even if five women gather in one place to protest, they disperse them, ”he told Efe news agency, one of the organizers of the event. the demonstration, which requested anonymity. She reported that one of the protesters sustained head injuries.

It was the second women’s protest in Kabul in the past two days and the third since the Taliban took control of most of the country. This Friday (03), twenty Afghan women gathered to claim their rights under the new regime.

“Today’s protest was in line with yesterday’s call for the Taliban to give women meaningful participation in all aspects of life, including decision-making and politics,” the said. activist Samira Khairkhwa, another organizer of protests in Kabul.

Samira has vowed that the women’s protests will continue until the Taliban accepts her demands. “We will not remain silent and we will not lock ourselves in our homes,” he stressed.

The Islamists have promised their government will be “inclusive,” representing all ethnicities and tribes in the country, but in the case of women, fundamentalist leaders have asked to wait and see what the new guidelines will be. They said that, in the meantime, agents will be paid at home.