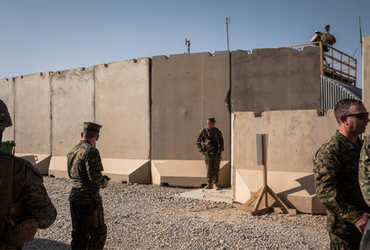 The US has directly threatened the Taliban. The Taliban said it would face “serious consequences” if the Biden government did not withdraw its troops from Afghanistan. Taliban spokesman Suhail Shahi said US President Biden had promised to leave Afghanistan on August 31. There is no point in Bide going back on his word.

The Taliban has made it clear that it will not have a single day beyond August 31. If the US and the UK need one more day from August 31, there will be no answer and dire consequences.

The Kabul airport has been in a state of disrepair since the Taliban took over Afghanistan. People are ready to risk their lives to sacrifice everything to escape the Taliban. When asked about the issue, Taliban spokesman Suhail Shaheen denied it.