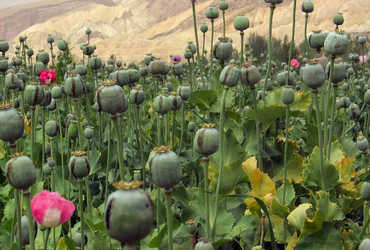 In addition to seizing power in Afghanistan, the Taliban have also seized on the global heroin trade. Taliban is now preparing to expand the drug trade in India as well as in the world. With the help of Pakistan’s intelligence agency ISI, Taliban can plot to smuggle drugs into India through six routes. Rupee. It has been revealed that Taliban in Afghanistan is behind heroin worth Rs 500 crore.

As soon as the US announced its withdrawal from Afghanistan, the Taliban began to capture territory in Afghanistan one after the other. The Taliban started it from Zaranj district. The Zaranj area is notorious for the production of heroin and opium. Political instability and conflict in Afghanistan has led to an 8% increase in opium cultivation in regions including Zaranj, according to the UN’s Office for the Coordination of Humanitarian Affairs (OCHA)’s 2020 Survey on Drugs and Crime. The illegal trade in heroin and opium continues unabated, regardless of who governs Afghanistan.

However, now that the Taliban has come to power in Afghanistan, the flow of global money to the country has stopped. As a result, heroin and opium are the biggest sources of income for the Taliban. Through this business, Taliban run black laws. Earlier this business was done secretly, but now it will be done openly. According to sources, the Taliban believe that India is a big market for narco-terrorism for them, from which they can increase their income. At the same time, Pakistan and China can also advance their interests by supporting the Taliban in these conspiracies.

Pakistan’s spy agency ISI has groomed the Taliban to smuggle drugs into India through routes like Mumbai, Rajasthan, Jammu and Kashmir, Punjab and Kutch-Jamnagar. Kandla port in the Gulf of Kutch is also an open route from Karachi to India, and if the container also reaches here, a ton of medicines can reach India.

The cost of these drugs in Afghanistan is Rs 1 lakh per kg while in India it is Rs 4 crore per kg. According to a top Delhi Police official, drugs worth Rs 500 crore were seized in Delhi in July 2011. During the investigation, his links were found to be linked to the Taliban. The drugs were brought to Mumbai via Iran.