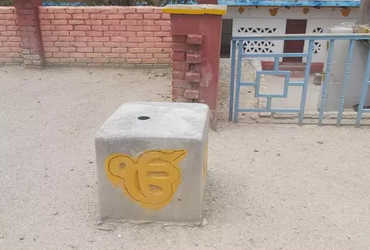 The Taliban, which has been vying for control of Afghanistan since the US withdrawal, is notorious for its extremist ideology.

In the latest incident, Taliban militants have removed a religious flag and a Nishan Sahib from the terrace of Thal Saheb, a holy Gurudwara in Paktia province. The Taliban is wreaking havoc to capture the area. However, the Taliban has denied this news.

This Gurudwara is very important for the Sikhs. Sri Guru Nanak Dev has also visited this historical place. According to a report, the Taliban have removed the mark on their roof.

However, there have been atrocities against minorities in Afghanistan in the past. Because of this, Hindus and Sikhs living here are also being forced to leave the country. Paktia province in particular has been a Taliban stronghold since the 1980s.

Nidan Singh Sachdev, who had come to serve at the Gurudwara last year, was kidnapped. However, he was later released. Taliban terror in the area has increased since US troops returned home.