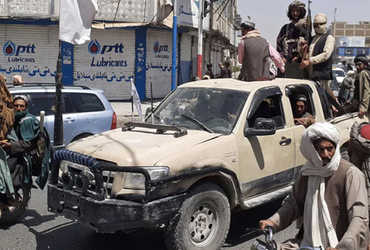 Revenge has started in Afghanistan after the Taliban came to power.

The Taliban assured the world that no foreign embassy would be harmed, but the reality is different. According to sources, Taliban militants infiltrated the Indian consulates in Kandahar and Herat and checked documents there. They also took the cars parked there with them.

“That’s what we expected,” an official told a news channel. The Taliban have taken cars from both consulates and looted them.

India has opened consulates in four places in Afghanistan. In addition, Indian embassies and consulates are also located in Kabul. All these are currently closed. However, operations have been continued in Kabul with the help of local people.

At the same time, the Taliban has killed a relative of a German journalist. The Taliban searched for the journalist but could not locate him and killed his relative.