Taliban stop imports and exports with India after taking over Afghanistan 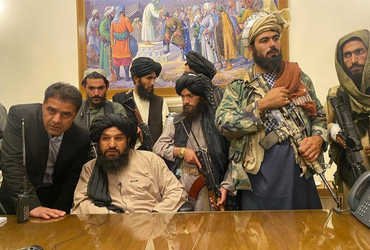 “Everything will become clear once the government is formed,” a Taliban spokesman told a news conference.

With the Taliban taking control of Afghanistan, relations with its neighbors or other countries have begun to change. India and Afghanistan have been close friends but with the Taliban coming to power, both imports and exports with India have been cut off. Dr. Federation of India Export Organization. Ajay Sahai confirmed this.

Doctor. According to Ajay Sahyana, India is the biggest business partner of Afghanistan. In 2021, our exports stood at ₹ 835 million while imports were of ₹ 510 million. Apart from import-export, India has also invested heavily in Afghanistan. It has an investment of ₹ 3 billion in about 400 projects.

India exports sugar, tea, coffee, spices, among other items, and imports large quantities of dry fruits, onions, etc. Prices of dry fruits may increase soon. In fact, Taliban declared that it wants good relations with India and India will be able to do all its work and investments there without any difficulty.

But now due to the closure of trade, a problem has arisen between the two countries. However, a Taliban spokesman said in a press conference, “Everything will be clear once the government is formed.”