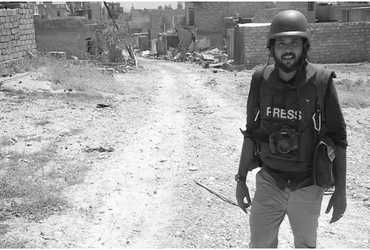 It has been two weeks since the assassination of Indian photographer Danish Siddiqui in Afghanistan.

Siddiqui, who had gone to cover the war in Afghanistan, was assassinated by the Taliban. Siddiqui used to work for the news agency Reuters. However, it has now been revealed that Siddiqui was brutally killed by the Taliban. A news channel claimed that 12 bullets were fired at Danish’s body. Some bullets have been found inside the body. Traces of dragging the body have also been found. After the murder, a heavy vehicle ran over Danish’s head and chest. Tire marks were visible on the chest and head.

Sources in the National Security Council of Afghanistan and the Indian National Security Agency have confirmed the murder and torture of Danish Siddiqui. Danish took refuge in a mosque with a unit of the Afghan army. Meanwhile, the Taliban stormed the mosque and started beating Afghan soldiers. At that time Danish had identified himself as a journalist.

The Taliban sent their ID along with a photo to the Quetta headquarters asking for advice on what to do with the Danish. After this the Danish social media post was checked. Terrorists were angered by Danish being with the Afghan army and anti-Taliban reporting. He was then ordered to be killed.

Danish was shot 12 times. His body was taken out. The pictures of the incident were caught on camera and then went viral.