Taliban shot dead a relative of a Western journalist 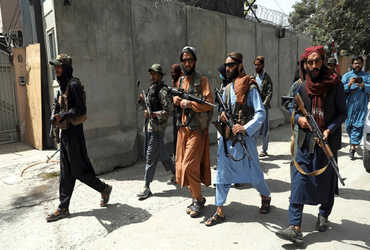 Berlin Taliban fighters have begun targeting the US and NATO allies and Western media. The Taliban claimed to be media friendly but shot dead a relative of a Western journalist who was not involved in the raid.

Terrorists raided the house of a journalist working in Germany. A relative of a journalist has been shot dead by the Taliban and another is seriously injured. Although others have managed to escape, they are now fleeing to Afghanistan.

“The Taliban brutally murdered a close relative of one of our editors,” he said. As a result, all of our employees and their families working in Afghanistan are now at risk. This literally means that the Taliban are systematically searching for our journalists and their families in Kabul and the surrounding province.

DW and German media organizations have urged the German government to help its employees in Afghanistan. After capturing Kabul, the Taliban gave freedom to the media and announced a public apology for all their opponents.

However, a private UN report suggests that the Taliban has intensified its investigation against those working for US and NATO forces. Thus, NATO and US allies are in danger in Afghanistan. Their position under the Taliban regime is dire.