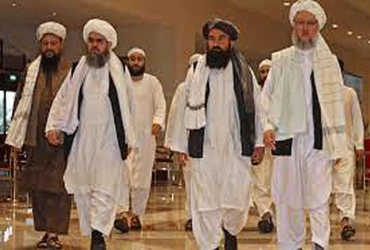 New Delhi: After full control of Afghanistan, the Taliban now wants relief from the Joint Security Council. The Taliban and some of its leaders are still on the sanctions list.

The Haqqani network is the same network that is working at the behest of Pakistani agencies and may join the Taliban government. Interestingly, Abdul Ghani Baradar’s name was included in the section ban list on February 23, 2001. He was then the deputy security minister in the Taliban regime. Baradar was a senior commander in the Taliban army and a senior member of the Taliban leadership. He was considered close to Mohammad Ullah Umarji. The banned list includes five groups linked to the Taliban. The Haqqani Network was also incorporated on 29 June 2012.

The travel, funding and weapons of the banned Taliban leaders were banned. However, for the time being, some leaders, including Abdul Ghani Baradar, have been given relief so that they can travel to other countries and join the talks.

On June 23, 2021, the travel ban on Abdul Ghani Baradar and other Taliban leaders was extended for 90 days, according to the UN Security Council website. The discount will now end on September 22. As soon as he came to power, the Taliban wanted the sanctions on him to be lifted.