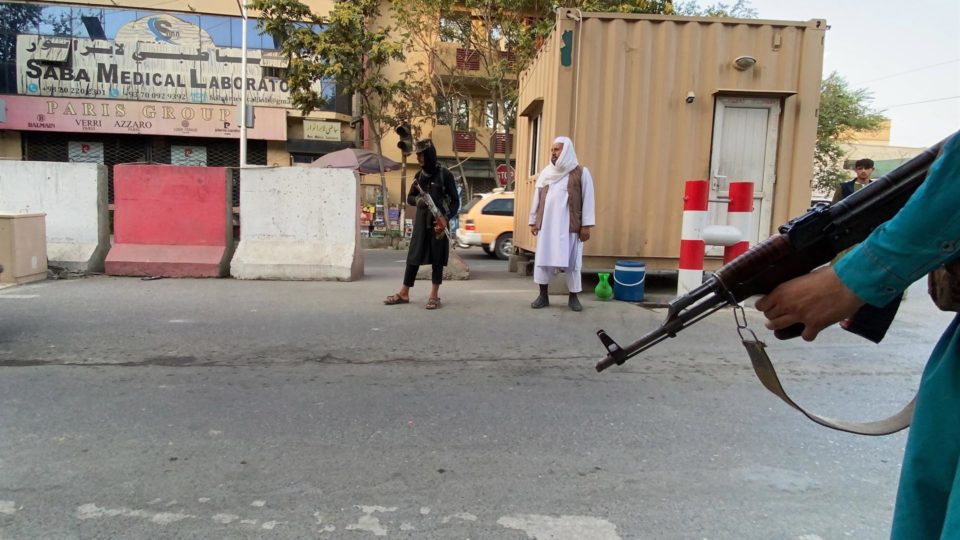 Taliban operatives check vehicles at the entrance to the green zone in Kabul, Afghanistan, where the embassies are located, August 22 | Photo: EFE / EPA / STRINGER

With the return of the Taliban to power in Kabul, the international community fears a resurgence of Al Qaeda in Afghan territory. The group responsible for the September 11 attacks in the United States has been drastically reduced during the conflict of the past two decades, but there are reports of the presence of Al Qaeda militants in Afghanistan.

A Taliban spokesperson assured Sunday that Al-Qaeda is not present in Afghanistan and that its movement is not linked to this group. Mohammed Naeem made the statement in a Saudi television interview, claiming that the Taliban were in talks with the United States and other countries over the situation in Afghanistan.

“What interests do we still have in Afghanistan at this stage, with al-Qaeda defeated?” Asked US President Joe Biden last week, justifying the withdrawal of US troops from the Asian country.

During the peace talks between the Taliban and the government of then President Donald Trump, held in Qatar last year, the U.S. government made it clear that the group should disassociate itself from Al Qaeda and stop hosting terrorist groups in Afghanistan promised by the Taliban.

However, al Qaeda has not been wiped out from the Afghanistan and Pakistan region, according to a recent UN report, which claims ties between the Taliban and al Qaeda remain strong. With the return of the Taliban, concerns are growing that the country will once again become a breeding ground for terrorism and Islamic extremism.

The Taliban regained power in Afghanistan just over a week ago, after controlling most of the country between 1996 and 2001, when their regime was toppled by NATO coalition forces led by United States.

The United States invaded Afghanistan in 2001 because the Asian country was the base of Al-Qaeda, responsible for the terrorist attacks of September 11, triggering the “war on terror”. Prior to that, the Taliban leadership had refused to hand over Osama bin Laden and harbored al-Qaeda in Afghan territory. Bin Laden was not killed until ten years later, during an American special forces operation in Pakistan.

Now the Taliban will be closely watched by countries that want to make sure the group sticks to its proposal not to provide a safe space for terrorist groups like Al Qaeda and the Islamic State.

A UN Security Council report, released in June, said the Taliban and al-Qaeda “remain closely aligned and show no signs of severing ties.”

According to intelligence information from UN member countries, al-Qaeda is present in at least 15 Afghan provinces and continues to rely on the protection of the Taliban. Senior leaders and hundreds of armed fighters are said to be present in the country.

Ties between the Taliban and al-Qaeda “remain close, based on ideological alignment and relationships forged in common struggle and intermarriage,” according to the report.

Also according to the UN report, the main point of contact between the two extremist groups would be the Haqqani network, the Taliban fighting forces responsible for the terrorist attacks perpetrated by the group, including one of the deadliest of these 20 years of conflict. , which killed 150 people in 2017 when a car bomb exploded in Kabul.

This semi-autonomous network has links to international jihadist movements and is led by Sirajuddin Haqqani, who ranks just below Taliban leader Haibatullah Akhundzada in the hierarchy of power. The group is considered a terrorist organization by the United States and the UN.

The leaders of the Haqqani network have been put in charge of security in Kabul, which has sounded the alarm among Western intelligence agencies that the promise of a more “moderate” Taliban will not be kept and that al-Qaeda may remake area.

Pentagon spokesman John Kirby on Friday acknowledged Al Qaeda’s current presence in Afghanistan and spoke of the difficulty in estimating the number of fighters from the terrorist group due to the country’s weak intelligence gathering capacity. and because “they probably don’t carry ID cards and records somewhere,” The Associated Press reported.

This capacity may have been affected by the precipitous withdrawal of the United States from Afghanistan and the evacuation operations of Western governments. Six people considered a “direct threat” to the United Kingdom were detected during security checks of evacuees from Kabul, reports the British newspaper The Guardian.

These people were on the British list of people banned from air travel, but one of them arrived at Birmingham airport, where flights are arriving bringing civilians from Afghanistan. However, Britain’s Home Office said on Monday evening that after investigation, the person who arrived in the country was not a “person of interest” to the security forces and police.