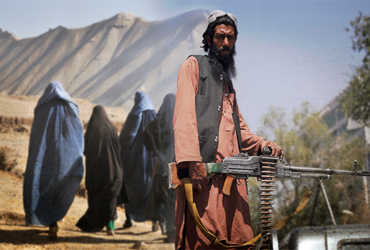 After coming to power in Afghanistan, the Taliban have started showing their true colors, even though they have made big statements in front of the world.

As a Taliban spokesman said yesterday, female anchors will also be able to read news on TV channels. The fact is that women anchors have been banned in news channels and their own people have started handing over the responsibility of news anchors to the Taliban.

“I don’t know what to do now, but the next generation will have no jobs,” said Khadija Amina, the sacked female news anchor. Everything you get in 20 years will be gone. Taliban are Taliban and they are not going to change.

Bamiyan is the same province where the Taliban blew up a giant statue of Lord Buddha 20 years ago.