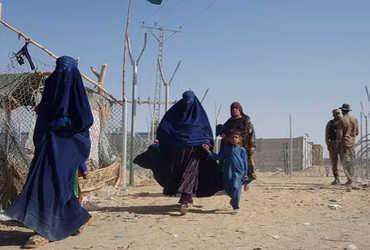 Kabul, Ta. 13
The condition of women in Afghanistan is deteriorating day by day. Taliban militants have issued new harassment orders for women in the areas they hold.
The Taliban has issued a new fatwa in the area under its control. Accordingly, no woman will be able to wear sandals that show off her feet. Media reports claimed that a woman wearing toe sandals was publicly beaten up in Taliban territory.
Not only this, now no woman can go out alone in the area controlled by the Taliban. Strict action has been ordered against women who enter the market without husband, brother, father or son.
The United Nations Human Rights Commission expressed concern over reports of inhuman treatment by the Taliban. The United Nations said that the condition of women in Afghanistan is getting worse day by day. The UN described the threat to women’s freedom as a serious matter.