Taliban orders ban on opium poppy cultivation in many parts of Afghanistan, including Kandahar 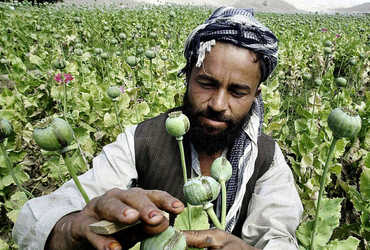 Foreign troops are withdrawing from Afghanistan and in the midst of all this the Taliban is now determined to form its government. The Taliban are making many changes in their regime and have also started giving information about it. A significant change is that the cultivation of opium is now banned in Afghanistan.

The Taliban have issued orders to farmers in several villages in Afghanistan not to cultivate opium as it is being banned in the country. Kandahar and its surrounding areas are the most poppy growing areas, and farmers there have been asked to stop.

The effect of the Taliban decree has started showing and the price of opium in the Afghan market has now increased. As people know, the further future of opium is uncertain. Taliban spokesman Zabiullah Mujahid told a news conference that drugs would not be allowed under the Taliban regime.

It is learned that after the order of Taliban, the price of opium has increased from 70 70 per kg to 200 200 per kg. The Taliban’s decision is shocking as it has been a major participant in this business for a long time. Opium was cultivated by the Taliban in various parts of Afghanistan and was an important source of income for the Taliban.

There is widespread outrage over the new Taliban decision. However, they have no other choice. The United States has long sought to control opium poppy cultivation in Afghanistan, but to no avail. Large quantities of opium are supplied from Afghanistan to other countries.