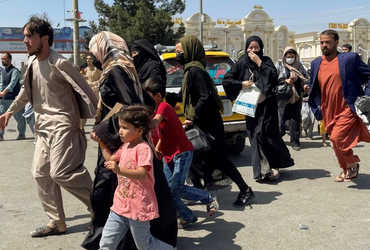 The Taliban have started persecution in Kabul and there have been reports of Taliban firing on people gathered outside the airport.

According to reports, civilian flights are currently closed. However, thousands of Afghans wanting to leave the country are headed to Kabul airport every day. Thousands gathered outside the airport on Wednesday and were shot and beaten by the Taliban.

A US newspaper journalist Marcus Yam also released photographs of Afghan civilians injured in the operation.

According to eyewitnesses, the Taliban were checking the papers of everyone who arrived at the airport and allowed very few people to enter. Many did not even have passports. A crowd tried to enter when the airport gates opened.

Although NATO officials stationed at the airport denied there was any firing, they confirmed that several people were injured in the stampede.