Taliban, no strategies to lift Afghanistan out of economic devastation

Taliban, no strategies to lift Afghanistan out of economic devastation 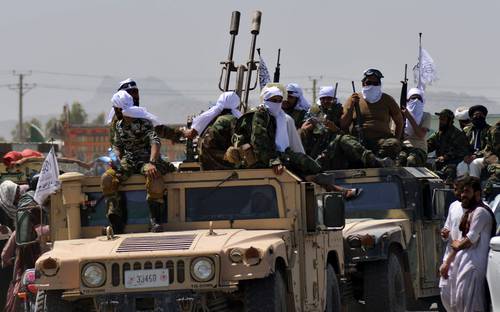 ▲ The Taliban marched the streets of Kandahar yesterday to celebrate the withdrawal of US troops and to demonstrate force. Afp photo

Kabul. The new Taliban rulers struggled yesterday to keep Afghanistan running after the final withdrawal of US forces, and foreign donors were alarmed at an impending humanitarian crisis.

Two weeks after taking control of Kabul, the fundamentalist group has yet to appoint an inclusive government or reveal how it will run the country. In an administrative vacuum, prices have skyrocketed and crowds flock to banks to withdraw cash.

The Taliban inherited a more developed society, with a small educated middle class, but also an economy ravaged by war and corruption. Even before the capital’s capture, the unemployment rate exceeded 30 percent, and more than half of Afghans live in poverty, despite two decades of US intervention and billions of dollars in assistance. .

Taliban officials are working to keep banking institutions, hospitals and government machinery running after the last US soldiers left the country shortly before midnight Monday.

Some Afghans returned to work amid promises from the Taliban, who offered to be more tolerant than in the 1990s, when discrimination and brutality marked their regime. The number of journalists active in Kabul fell from 700 to less than 100, Reporters Without Borders reported.

Food stocks could run out this month, warned Ramiz Alakbarov, the United Nations humanitarian coordinator in Afghanistan, hinting at the possibility that famine will add to the long list of problems facing the Taliban on their return to power. .

A Qatari plane with technical equipment landed in Kabul to address the resumption of operations at the airport. From Doha, the head of Qatari diplomacy, Mohammed bin Abderrahman Thani, reiterated the request to the Taliban to guarantee a safe way to enter or leave Afghanistan.

With the air terminal out of operation, private efforts to help fleeing Afghans, fearful of retaliation, are focused on organizing safe passage across the borders with Iran, Pakistan and the Central Asian states.

Most of the Afghan allies who tried to get out with the US troop withdrawal were unable to do so due to the chaos at the airport, said a senior official, who said he was haunted by the decisions that had to be made.

Meanwhile, the Taliban urged fighters in the Panshir Valley, one of the last pockets of resistance to the new regime, to lay down their arms to avoid a bloody war, after the first fighting.

Russian President Vladimir Putin argued that the 20 years of war and US presence had been a tragedy for Afghanistan.