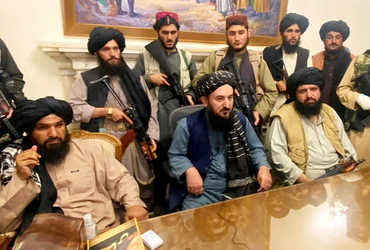 Khalil al-Rahman Haqqani, one of the deadliest terrorists in the United States, has been fined 5 million by the United States. He has a prize of 20 million. The reward is for Haqqani’s involvement in al Qaeda terrorist operations. However, Khaleel al-Rahman Haqqani was seen roaming the streets of Kabul during the Taliban rule in Afghanistan. Haqqani was seen meeting people outside the Pul-e-Khisti mosque in Kabul. That’s why people doubt that this time also the Taliban will rule on the basis of hardline and strict Sharia law.

According to Al Jazeera, the Taliban have finalized the names of some ministers in the new government. Although earlier he had appointed some interim ministers. The Taliban has named Mullah Abdul Qayyum Zakir, Afghanistan’s most dangerous prisoner and anti-peace negotiator with US forces, as Afghanistan’s new defense minister. According to a Reuters report, he was arrested by US-led forces in the aftermath of the 2001 terrorist attack on the World Trade Center in the United States and was held in Guantanamo Bay prison until 2006. It was later abandoned and handed over to the Afghan government.

According to Afghan News, the Taliban has appointed Haji Mohammad Idris as the acting chairman of the country’s central bank The Bank of Afghanistan (DAB). Sakhullah as Acting Head of Education in Taliban, Abdul Baqi as Acting Head of Higher Education, Sadar Ibrahim as Acting Interior Minister, Gul Agha as Finance Minister, Mullah Shirin as Kabul Governor, Kabul’s Hamdulla Nomani as the mayor and Najibullah as the chief. Intelligence. The Taliban has appointed its spokesman Zabihullah Mujahid as its Minister of Culture and Information.