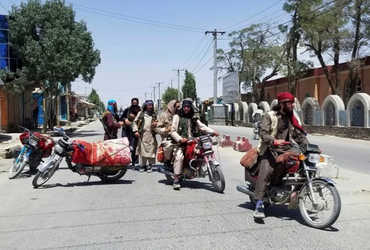 With the Taliban taking over Afghanistan, the announcement that it will not retaliate against anyone is becoming a matter of dust.

Indeed, Taliban terrorists are conducting door-to-door investigations of US military supporters in Afghanistan. These supporters, the Taliban who are not coming out, are killing their families.

Ryan Fazers, a retired US military officer, said the interpreter he worked with was captured and killed by the Taliban at Kabul airport in 2010.

Journalists working for foreign media houses in Afghanistan have also been targeted by the Taliban. The Taliban are looking for a journalist for a German news channel. Some Taliban also went to his house and searched him.

When the journalist was not found, a member of his family died. Earlier, terrorists killed India’s Pulitzer Prize winner Danish Siddiqui. Besides this, Ahmadullah Hamdard was also killed.

At least 2.61 million people have died in Afghanistan’s two-decade-long war. A recent report by Brown University in the United States, The Cost of War, states that there is a 60 kilometer long mountainous border between Afghanistan and Pakistan.

Here American drones have carried out the most strikes and fought the real battle. A total of 31.5 local civilians from Afghanistan and Pakistan have been killed in the fighting.