Taliban law came into force in Afghanistan! If the girl had not worn the veil, she would have died 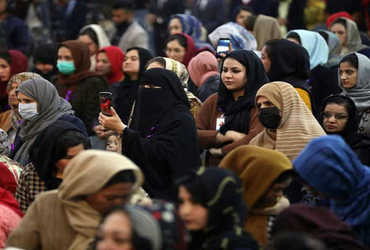 Taliban spokesman Zabihullah Mujahid has denied the allegations. After occupying new territories in Afghanistan, the Taliban have imposed some repressive laws and restrictions on Afghan women. It is similar to Islamic Sharia law which was in force from 1996 to 2001.

The ban applies to Afghan women

The Taliban have ordered Afghan women to cover their bodies from head to toe, not to work outside, and have banned girls’ education. Apart from this, the Taliban have also banned the sale of women’s goods in shops in some parts of Faryab. Locals in Faryab say that people are being punished severely for not following the rules set by the Taliban.