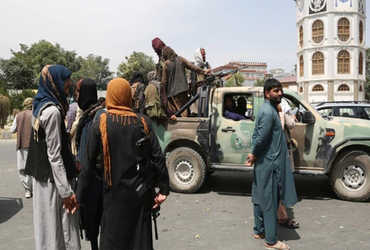 After capturing Kabul, the Taliban has now spread throughout Afghanistan. However, in the meantime he is also facing rebellion from some Afghans.

The Taliban recently shot dead two people waving the Afghan flag. Furthermore, now that the Afghan army and government have fallen, Afghan citizens have taken responsibility for speaking out against the Taliban.

Afghans reportedly marched through the streets of Jalalabad carrying flags, but were forced to do so in Taliban-held territory. After which Taliban fighters started firing on civilians. Two Afghan civilians were killed in the shootout.

According to a news report, the Afghan Embassy in Tajikistan has appealed to the Interpol police to arrest President Ashraf Ghani. Apart from this, Hamdallah Mohib and Fazal Mahmood Fazli have also demanded arrest. The three leaders are accused of robbing Afghan people’s money and fleeing. Now the embassy wants to arrest these leaders and recover money from them.

The Afghan ambassador said that the Afghan constitution has empowered the vice president to lead the country in the event of the president’s death, irresponsibility or escape, and Amrullah Saleh is currently the acting president.

After five years of Taliban occupation of Afghanistan, Pakistan has released Taliban leader Mullah Mohammad Rasool from prison. He fled from Afghanistan to Pakistan after the founding of the new group but has now returned to the Emirates.