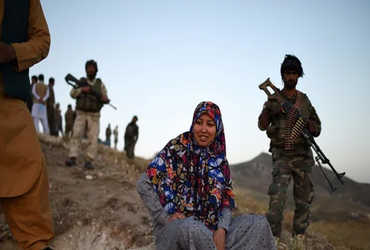 The gap between the Taliban’s tax and narrative is now beginning to emerge. A Taliban spokesman said after the occupation of Afghanistan yesterday that women should be allowed to participate in government and work, and today the Taliban have shown their true face.

The Taliban has taken hostage Salima Mazari, the female governor of Afghanistan’s Balkh province. Salima Mazari has been jailed for speaking out against the Taliban. However, no one has any information about where they have been kept.

Salima Mazari is one of the first female governors of Afghanistan. He was elected to the post a few years back. Rather than flee, Salima decided to face the Taliban as they fought to capture Afghanistan.

However, Salima Mazari was also forced to surrender as her province was besieged by the Taliban. However, it remains to be seen how the Taliban will deal with Salima Mazari. At present, there is no trace of Salima.

Notably, the Taliban has taken the world by surprise by announcing that women will also be partners in power. However, the news of the capture of Salima Mazari has again raised questions about the true identity of the Taliban.

Money for arms and operations: who funds the Taliban?

Terrorism ruled out in attack on parade in Milwaukee

Reportedly, workers were exploited to build Swaminarayan temples in five US states