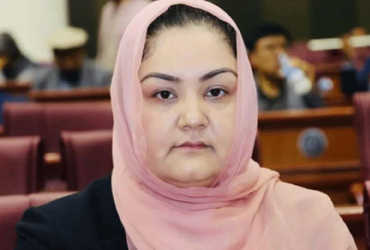 New Delhi: The people of Afghanistan, the United States and Europe fear the Taliban, but India is no exception. That’s why India has deported an Afghan woman parliamentarian who had come to India from the airport via Istanbul after fleeing Afghanistan. However, after the incident came to light, the government has expressed regret and said that it will not happen again.

This information was given by senior Congress leader Mallikarjun Kharge. Mallikarjun Kharge along with some other representatives met the government on Thursday. Apart from evacuating Indians trapped in Afghanistan, the Afghan MP also mentioned Rangi Kargar.

Rangi Kargar is the Member of Parliament for the Wallace Jirga in Faryab Province, Afghanistan. According to reports, she reached IGI Airport on August 20, but was sent back from there. Afghan woman MP Rangi Kargar had come to India from Istanbul. He was sent back there.

Rangina Kargar has been an MP since 2010. He said that he had come to India several times on the same passport. At that time no one stopped him. He suspected that the situation had changed since the Taliban took over Afghanistan. He said the immigration officer first asked him to stop at the airport. Then he talked to a senior officer and got him deported. The government has assured that this will not happen again.